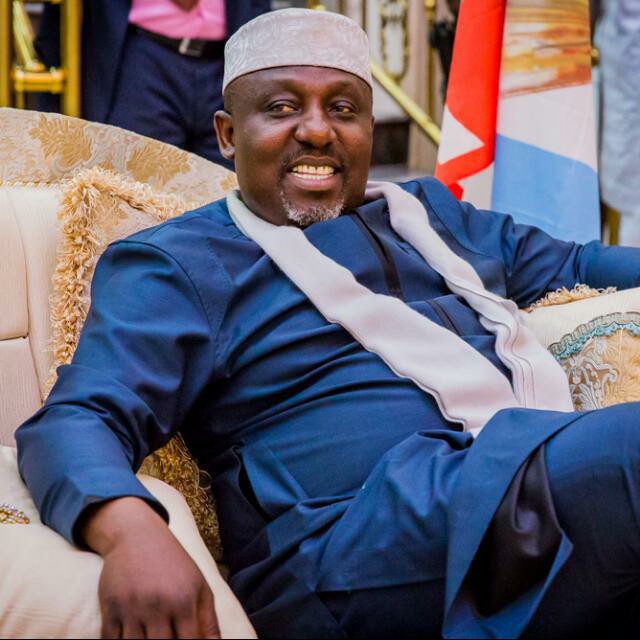 SUBJECT: THE CONSTITUTION OF 7-MAN JUDICIAL COMMISSION OF INQUIRY ON LANDS FROM 2006 TO 2019: GOVERNOR EMEKA IHEDIOHA SHOULD FOLLOW THE GOOD EXAMPLE OF THE OYO STATE GOVERNOR, CHIEF SEYI MAKINDE

-HE SHOULD STOP CHASING AWAY INVESTORS & TAKING THE STATE BACKWARD

2.       Looking at the members of the panel, who are all card-carrying members of the PDP and their terms of reference, one would have no other option than to conclude that the governor as usual, has his target or mission, which is to continue his vendetta against the past APC government in the State and the man who headed it, Senator Rochas Okorocha.

3.       Governor Ihedioha has set up more than fourteen Committees and Panels since he became governor and each of the Committees or Panels has one or two specific assignments to carry out and all against the APC government which Senator Okorocha had led. For instance, the Prof. Jude Njoku’s education committee took no other action than to take over the PPP-oriented Eastern Palm University and also scrapped the 6 new Universities, 4 new Polytechnics and 3 new Colleges of Education built by Okorocha.

4.  The Panel on infrastructure made no other recommendation than to give the governor the licence to demolish some of the Prime Projects of the former governor like the flyovers, tunnels, waterfalls and so on, to the extent that his men were captured at night on Camera tampering with the tunnels just to invent excuses to damage such lofty projects built with Imo people’s money.

5.       They have also taken over all the establishments handed over to private Investors for efficiency and productivity following the ill-fated recommendations by all these one – way – traffic Committees and Panels. For instance, the Concord Hotel which the past PDP governments in the state had grounded through complimentary accommodations which Okorocha handed over to a private investor, who remodeled and revived the hotel has been taken over and the Investor chased away and a Committee made up of PDP members, handed over the management of the hotel. Ditto, Oguta motel, Adapalm, Avutu Poultry. These actions would definitely discourage investors.

6.       Governor Ihedioha has taken the State backward instead of moving it forward by taking actions that are obviously counter-productive both in Contents and in implementations. In all these belligerent actions, he has never considered their attendant implications but only keen in using them to get at his Predecessor and party.

7.       When we told them that the on-going Political War in Imo led by the governor and his PDP Chieftains is not only against Rochas Okorocha and his family or aides but also against APC and President Buhari, some people thought we were telling folklores. But early this week, the NBC sanctioned two private radio stations in the State owned by a PDP Chieftain in the State who is a member of the House of Assembly, Chief Uche Ogbuagu for allegedly describing the President as “uneducated bigot and hater of the Igbos”.

8.       We would only ask Governor Ihedioha to borrow a leaf from his fellow PDP governor who also succeeded an APC governor in Oyo State, Chief Seyi Makinde, who said that he wouldn’t “Cancel APC Administration’s good Policies”. That is how a governor who means well should reason or act, because at the end of the day, the overall interest of the State and her people should remain the ultimate goal. He should give his administration a human-face instead of the monster-face the administration is having at the moment.