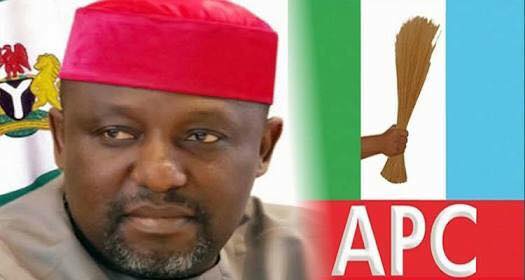 Members of the taskforce include, the Head of Service, Mr. Calistus Ekenze who is the Chairman and Barr. Chinyere Uwandu who would serve as Secretary. Others are, Mr. Daniel Nwafor, Chief Ugochukwu Onwusereaka, Barr. Chuks Opara, Mr. Sunny Onuamegbu and Barr. Dan Iwuorie.

Inaugurating the taskforce at the Government House late Tuesday, April 17, 2018, the governor also announced the release of N1billion to the taskforce, to that effect.

Mbailtoli local government area is where the Deputy-Governor, His Excellency, Prince Eze Madumere hails from. Now read again starting from the second paragraph.