You are here: Home › NEWS › PROTEST AGAINST THE SUPREME COURT AND THE CALL FOR THE APEX COURT TO REVERSE ITSELF IN THE CONCLUDED 2019 IMO GOVERNORSHIP JUDGEMENT IS ILL-ADVISED AND AN AFFRONT ON THE JUDICIARY 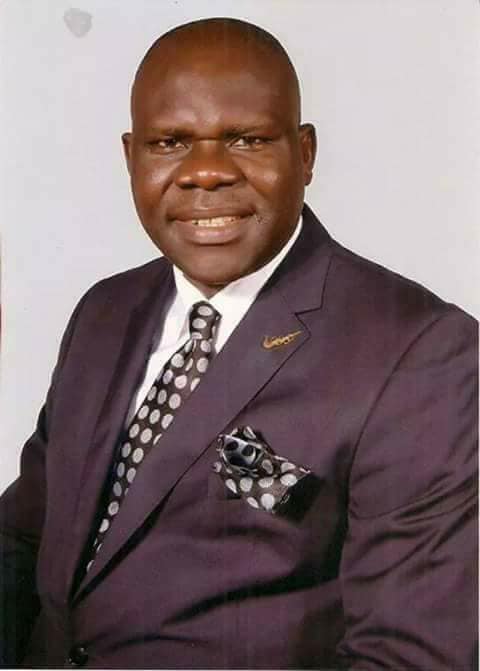 Our attention has been drawn to series of orchestrated media attacks and sponsored online vile comments by Imo PDP members against the Justices of the Supreme Court of Nigeria over the 14 January 2020 unanimous decision of the apex court sacking Rt. Hon Emeka Ihedioha of PDP as Governor of Imo State and declaring Chief Hope Uzodinma of APC as lawful winner.

As if scathing media attacks against the sacred institution of the judiciary were not enough, on Sunday 19 January 2020, select members of Imo PDP in Owerri embarked on a protest against the said Supreme Court judgement- five clear days after it was delivered.

With this Supreme Court judgement of 14 January 2020 being final and conclusive, Senator Hope Uzodinma of APC has since 15 January 2020 been duly sworn in as Imo State Governor by the Chief Judge of Imo State.

Elementary law and common sense teach that appeals lie from the Supreme Court to nowhere else under our constitutional order.

So what is the belated protest all about and what is designed to achieve?

Out of abundant caution, *ex abundante cautela,* and without conceding that protest against judgements of the Supreme Court or indeed any other court is permissible and lawful, we ask, if that Supreme Court judgement was unpopular as the misguided demonstrators would want Nigerians to believe, why did it not ignite instant demonstration on the streets of Imo State the day it was delivered?

To wait five clear days after the judgement was delivered before thronging into the streets and making the impossible demand that the Supreme Court should reverse itself is a clear afterthought and an unreasonable and baseless protest.

May the day never come when the Supreme Court or indeed any self respecting court of law will be overwhelmed by a mob to overrule itself in a matter it has constitutionally determined and disposed of.

May the day never come when the Nigerian Supreme Court will be forced to reopen an election petition matter it has constitutionally and lawfully disposed of because a dissatisfied party is on the street protesting and making unguarded and contemptuous utterances.

For the records, what is in issue here is the final outcome of Imo Governorship election petitions and appeals therefrom.

Election Petitions are *suis generis*, meaning that they are unique, have a life of their own, have special character and are governed by procedures peculiar to it. It is a time conscious trial.

Under the 1999 Constitution as amended and the extant Electoral Act, 2010 as amended, the chances of the Supreme Court overruling itself in an Election Petition it has conclusively decided and disposed of and in the particular case of Imo State is nil and non-existent.

We make this strong statement because among other things-
(a) there is no statutory provision for it, and
(b) the lapse of the almighty sixty days timeline within which the Supreme Court must hear and dispose of Election Petition appeals from the date of delivery of the judgement of the Court of Appeal has foreclosed any such novel window.

It is instructive that the Court of Appeal sitting in Abuja handed its judgement in the Imo Governorship Election Petition Appeals on 19 November 2019. The Supreme Court disposed the appeal on 14 January 2020.

Going by computation of time therefore, embarking on a street protest on 19 January 2020 and orally asking the Supreme Court to overrule itself is plain mischief calculated to embarrass and denigrate the integrity of the eminent Law Lords.

The sixty days timeline for disposing election petition appeals is a constitutional provision and a non-negotiable part of our electoral laws that must be rigidly obeyed as it is said to stand firm and unmoveable like the *Rock of Gibraltar.*

Even as the Oracle of the law, the Supreme Court is not entitled to rewrite, amend, add or subtract from constitutional provisions.

They must give effect to constitutional provisions however harsh or unsavoury the result may be.

That is what the Supreme Court held in its 2012 decision in the controversial Imo Governorship Election Petitition *PDP V GOVERNOR OKOROCHA & 10 OTHERS* in Suit No. SC/17/2012 delivered on 2nd March 2012.

For further reading, see the book, *Obiaraeri, N.O., _Imo Rescue Mission Agenda Before The Oracle of The Law and The Unseen Hand of GOD,_* Owerri, M.Cajec Publications, 2016.

This is because the said ADEGOKE CASE (Supra) is not an election petition matter.

It was a 1989 decision that did not have the contemplation of the mandatory requirement for conclusion of election petition appeals in the Supreme Court within 60 days as provided for in the present 1999 Constitition of Nigeria as amended.

It remains to be said that in sync with their constitutional powers and relying on clear constitutional provisions and our electoral laws, the Supreme Court has disposed of the 2019 Imo Governorship appeals and can never revisit it.

This is again supported by the decision of the Supreme Court in *PDP V GOVERNOR OKOROCHA & 10 OTHERS in Suit No. SC/17/2012 delivered on 2nd March 2012,* where Odili, JSC, held in a most profound manner and characteristics candour as follows *”…What is to be disposed has in a way hit the rock and can go nowhere else. That is to say the legal dispute or process has reached its final destination and is at grand finale….”*

Therefore, for select Imo PDP members to be patroling the streets, disturbing public peace in a manner characteristic of hoodlooms and pelting unprintable abuses and insults on the Justices of the Supreme Court over the discharge of their constitutional duties is a direct affront on the judiciary and a threat to our democracy.

The right to protest is sacrosanct no doubt but it must be on reasonable grounds and lawful purposes.

However, no citizen, no matter how highly or lowly placed, is allowed to use protests or subterfuge to intimidate, armtwist or blackmail our judicial officers.

That is contemptuous, criminal and unacceptable.

The least expected of any citizen is to submit to the jurisdiction of the courts and abide by the decisions of the courts no matter how unpleasant they may be or if dissatisfied, proceed on appeal, where the window of appeal exists. No one can appeal against the decision of the Supreme Court or protest against it.

That is the kernel of the mantra of the rule of law.

Conclusively, this protest over the Imo Governorship election petition matter the Supreme Court has legitimately disposed of is unreasonable and ill-advised as there is no need asking for the impossible or clothing ignorance with belligerent arrogance.

Going forward, we take liberty to demand marked and deserved respect for our Judicial Officers from all quarters and to restate that the judiciary is insulated from partisan politics.

We need no extra courage to say that the courts remain the bastion of democracy and last hope of the common and uncommon man.

The masked sponsors of the present uncouth attacks on the judiciary and those on the street perpetrating this charade must desist forthwith or have themselves to blame because ignorance of the law is does not excuse.

That no one has been brought to book yet does not make open mockery and insult of judicial officials right.

The law is an ass but only fools ride it.

A word is usually not enough for the unwise.