You are here: Home › NEWS › REFLECTIONS ON THE STATE OF EDUCATION IN IMO BEFORE AND NOW – By Cyril Aririguzo, KSM 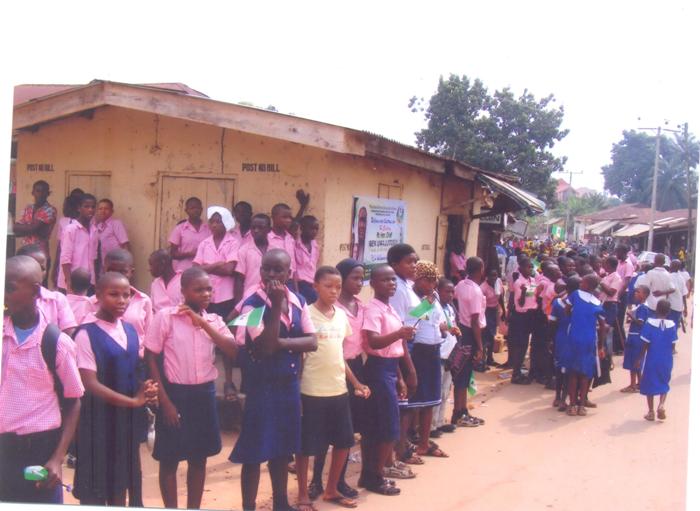 Any reputable appraisal on the state of affairs in the educational sector cannot be complete without particular reference to issue of hypocrisy that shrouded the management of basic infrastructure in the sector. It is not news that the past government under Governor Ethelbert Anayo Okorocha has on several occasions boasted and enumerated what it termed as milestone achievements with the free education program it introduced at the inception of its tenure in 2011.

One of such is that education has been made available to every dick and harry in the state which most parents then appreciated and saw it as dividend of democracy. But recent critical evaluation and investigation reveals that Imo state is far below average in performance when thorough checks is carried out in the educational sector. The high level of failures in external examinations by students of Imo origin in government schools is very alarming and it has punctured all the hullabaloo about the gains of the much touted free education of Okorocha’s regime.

Education, a very important tools for human capacity development has been proven to be useful in our the molding and transformation of individuals, and this is why adequate attention must be given to the sector at all time to encourage proactive economic development in our society. It is a fact that the introduction of the free education was innocently patronized by great number of parents, in the first instance to take off the burden or burdens in the training of their children. Many of us saw it then as reasonable and commendable program because its importance to our society cannot be over looked or over emphasized.

From analytical examination, they Imo free education program cannot be appraised without one taking a cursory glance at the problems which had made some of us loose faith in the kind of free education which cannot bring the required dividend in terms of quality delivery. The situation here is disheartening as most of the areas which ordinarily are expected to be priorities are left to decay as a result of high handedness which has compounded the fate of our children the beneficiaries of the program.

In the past, education in our state was superb and second to none. It was very difficult to fault our schools then or point accusing fingers to our graduates. This is because we inherited a robust educational system from the British and did all possible to preserve it. Today the respect and prestige associated with education in Imo state have all disappeared and what you can now observe is suspicion and in most cases outright rejection. Certificates are viewed with distrust and ridiculed. We know all is not well with the educational system when it comes to quality delivery. Our education today is riddled with corruption, exam malpractices, and lack of basic infrastructure and commitment by all the stakeholders especially the teachers.

It is a well known fact that Imo state educational system in spite of all the noise of free education and the huge investment has not being able to achieve any meaningful results in terms of quality or to be used as model for other states to copy. In recent times, information gathered has shown that there has been sharp decline in enrollment in the 27 LGAs as well as drop in the number of children in the public schools. Good number of parents have withdrawn their children on grounds of poor performance arising from seemingly poorly managed free education program. The performance of Imo students recently in external examination, Imo state has nosedived in the last seven and half years while states like Anambra, Abia are front runners in external examination. Imo State has continued to lag behind due to poor performances.

The crux of the matter is that poor performance of Imo children in public schools has continued to rubbish the Imo free education program to a large extent. Our educational system has been debased to the point that the state no longer has adequate or qualified teachers in core subjects like mathematics and English language including core science subjects like physics, biology and chemistry. Regrettably, the lack of implementation of a workable free education policy module is the reason for the falling standard of education in the state. Despite leading in enrollment in virtually all external examinations like WAEC, NECO, and JAMB the state has nothing to celebrate as an educationally advantaged state with the free education of Okorocha regime.

The facilities of our state tertiary institutions are in dilapidated state which is why they are being de-accredited by regulatory agencies, while undergraduates of Imo State University, College of Basic Medicine, Law students are not graduated. Imo State secondary principals are allegedly denied funds for school running cost. Even basic teaching aids like chalks, stationeries etc are also allegedly no longer provided in public schools on time. Most of the public schools lack, chairs, laboratory equipment and modern equipment for teaching. Our universities and polytechnics that would have helped the institutions stand tall as citadels of learning are equally not adequately provided with teaching aids.

Imo State University lecturer sometimes go on strike for months for none payment of staff salaries. On the other hand, UBE schemes of the federal government primary education and junior secondary school are tuition free and constitute a major component of the state government’s claim of providing free education.

If one may ask, what is the students population benefiting from the free education and the cost of the program annually.

Okorocha’ s free educational system seems to dwell with mere verbal theories, and sensational political statements. Education has no shortcuts to getting it right. With what we have seen happening in the educational sector in Imo state, it is obvious that the government rather than studying the situation on ground and providing the necessary tools for quality delivery kept on paying lip services, a situation that may have made many Imo people to withdraw their children from public schools. The truth is that you can hardly pinpoint a public school in Imo which could be said to be doing well in academics.

Most often, it is students in private schools you hear and see wining laurels and attaining academic excellence in recent times, an indication that the government is yet to get its act right with their educational program. Apart from the UBEC projects in the primary schools, there is still no significant improvement going on in the schools.

Most of the ongoing projects are not completed; some that are completed are not equipped. This seems to affect the learning conditions as well as the morale of the teachers who are now owed many months’ salary arrears. The learning environment of public schools today does not suggest the government is achieving a lot on the free education project which they are using as campaign tool. The decay and rot building up in the sector is giving the government a negative image that they are never to be taken serious as delivering anything commensurate to the legacy they are trying to bequeath. A good number of stakeholders are not happy that our most cherish state is now lagging behind in academics while states of the north are now rated above us. What an embarrassment and shame for a state like Imo who are known for academic excellence in the past.

2 Responses to "REFLECTIONS ON THE STATE OF EDUCATION IN IMO BEFORE AND NOW – By Cyril Aririguzo, KSM"

Leave a Reply to REFLECTIONS ON THE STATE OF EDUCATION IN IMO BEFORE AND NOW – By Cyril Aririguzo, KSM - DAILY PARROTS Cancel reply