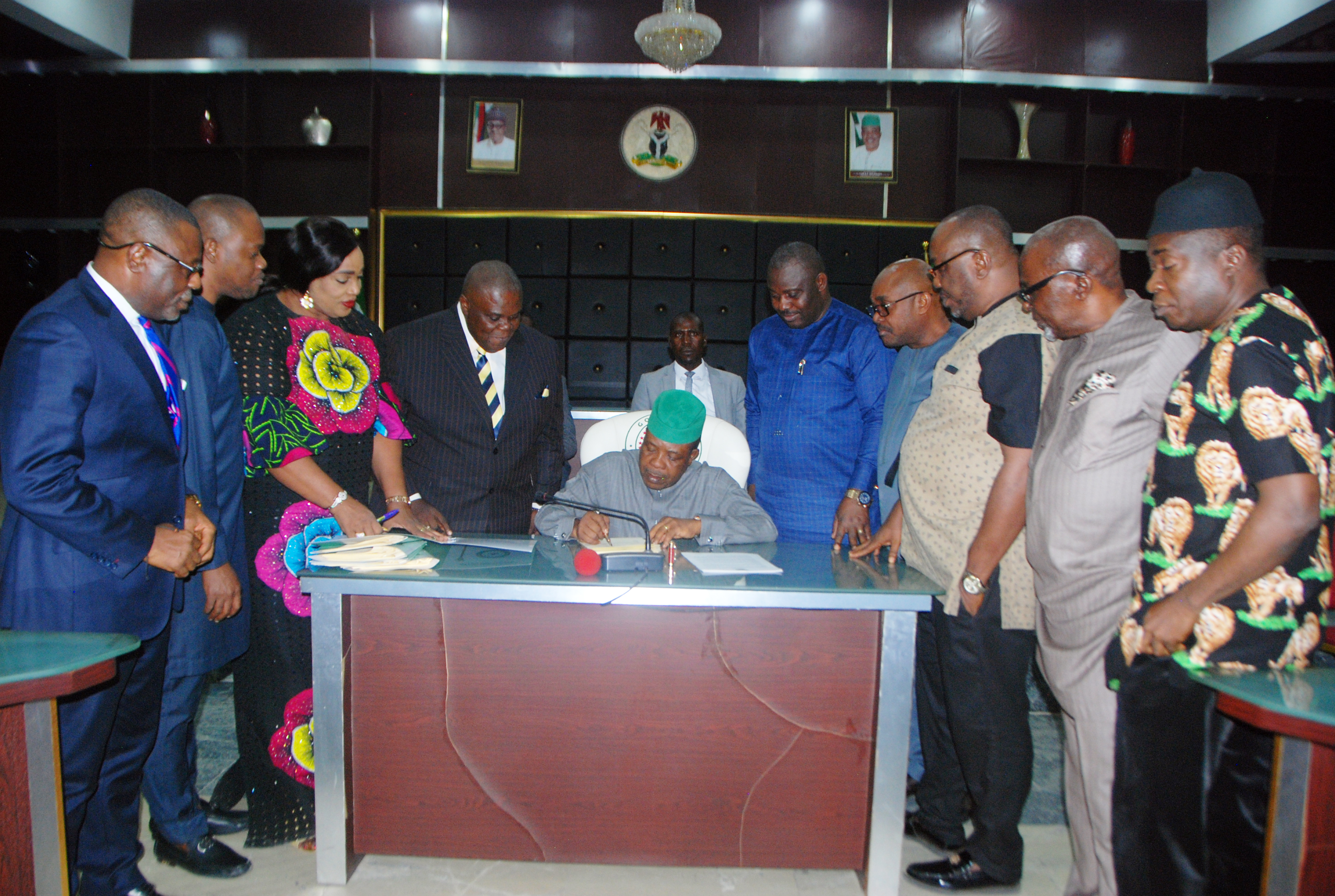 This is as the governor also performed the signing of five more bills into law.

In his brief remarks shortly after signing the bills, the governor said the 2020 appropriation bill was professionally and painstakingly prepared.

“The 2020 appropriation bill is the flagship of the bills I am signing into Law today. This appropriation bill was professionally and painstakingly prepared. Having signed up to the Open Government Partnership, we had a few pre-requisites to follow. For Instance, the process was participatory and so involved constituents and civil society, even before we presented it to the Assembly. It was also transparent, as we have made the documents available to the public from the onset”.

While expressing delight that the Appropriation Bill is being signed before the start of the traditional budget year in January 2020, he noted that it is no mean feat, considering that the 2019 Appropriation Bill was signed into Law at the end of May of that 2019, hours before he was sworn into office as governor.

“By this, the fiscal year may now commence as envisaged on the 1st of January, 2020”, he stated.

“I am not oblivious of the fact that this is in the middle of our Christmas festivities and so a social sacrifice for some. But suffice it to say that this is the spirit of the new Imo.

“As a parliamentarian myself, I see today as the faithful culmination of any legislative process. Accent is an action that seals the success of the process and procedure determined by the constitution”

The governor was full of commendation for the 9th Assembly for what he described as diligent and passionate attention to the legislative needs of the people.

“The 9th Assembly, under the able leadership of Rt. Hon. Chiji Collins has lived up to expectation. They have worked with us to give prompt, diligent and passionate attention to the legislative needs of the people of Imo. They have constituted themselves into veritable partners in the Rebuild Imo project.

“As an administration, we have had a total of eighteen (18) bills passed into Law under our watch (including few of them by the 8th Assembly). 18 bills in a 6-month period is no mean feat. Of these 18 bills, 12 have previously been signed into Law, including the 2019 Supplementary (Re-ordered) Appropriation Bill which was recently signed.

“As we bring this event to a close, I further appreciate the State legislature for its dutiful approach to its constitutional responsibilities; I look forward to more signing ceremonies in this legislatively pro-active era”.

The bills signed by the governor include:

Highlight of the Bills previously passed by the Assembly and signed by the governor include;