You are here: Home › NEWS › HOPE UZODIMMA LAYING FOUNDATION FOR A GREATER IMO – By Cajetan Duke 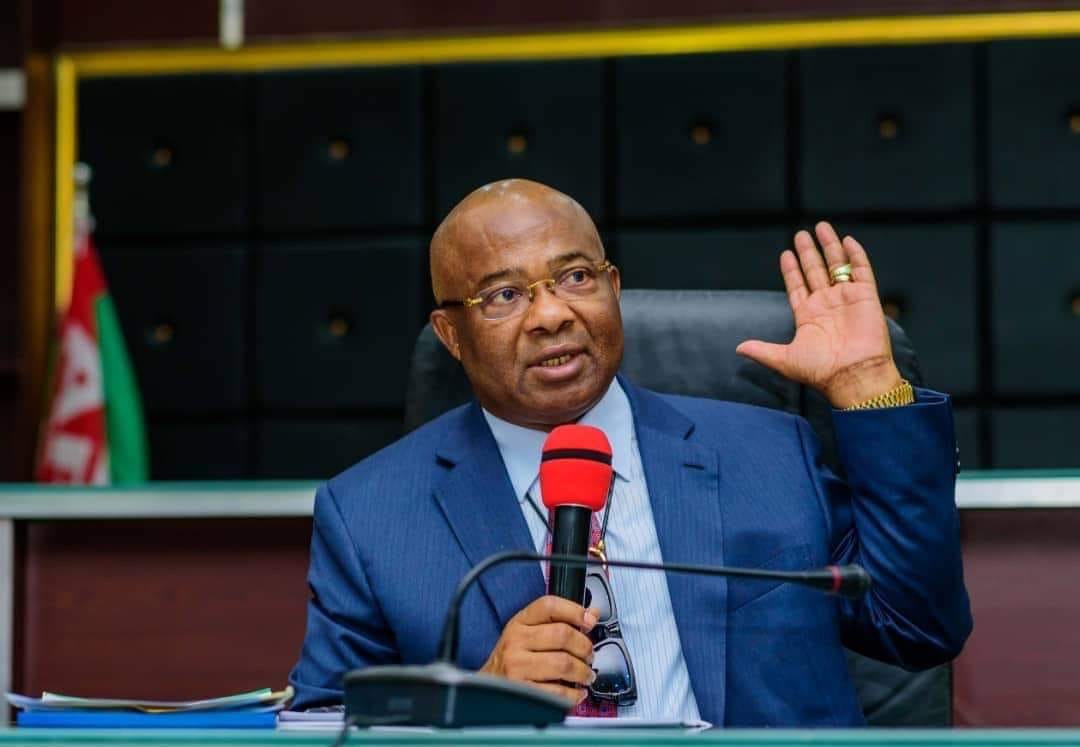 Since the inauguration and swearing in of Distinguished Senator Hope Uzodimma (Onwa Oyoko) as the Executive Governor of Imo State on January 15, 2020, following his landmark victory at the Supreme Court, His Excellency, has left no one in doubt of his preparedness, commitment and determination to make Imo State a model modern state, in terms of quality and strategic governance.

As a man with consummate private and public sector experience, an accomplished parliamentarian, seasoned administrator and astute political activist, Distinguished Senator Uzodimma has so far demonstrated uncommon leadership disposition in the discharge of his official responsibilities.

On assumption of office, Uzodimma demonstrated his rare leadership maturity to the admiration of all Imolites irrespective of political affiliations and persuasions when he announced his administration’s commitment to continue all economically viable projects initiated by his predecessor in his appreciation of government as a continuum. This singular disposition, placed Senator Uzodimma apart from those before him, who ran government of vindictiveness by abandoning all inherited projects from previous governments at the detriment of Imolites. Governor Uzodimma, further distinguished himself as a true born leader and rare statesman, when he officially directed all Contractors previously engaged before his coming on board to return to sites in line with their contractual obligations. This rare magnanimous disposition in victory is unprecedented in our body polity.

Governor Uzodimma, from the onset has continued to demonstrate sterling administrative decorum and leadership fecundity by building and sustaining an atmosphere of peace, stability, law and order even in the face of unwarranted provocations by the opposition Peoples Democratic Party. As a true sportsman, Senator Uzodimma has unarguably provided an enabling environment for even those opposed to his government to ventilate their views without molestation or abuse of their fundamental human rights. But the truth is, no opposition political party could have enjoyed such a privilege and protection under a PDP led administration. Unlike Uzodimma’s administration, the immediate past PDP imbued with administrative rascality, high handedness, and gross abuse of power, as usual would have unleashed security apparatus at its disposal against any perceived opposition to its government.

It is pertinent to note that to further show he is a progressive leader, the Governor in his uncommon magnanimity directed the full payment of January salaries and wages of all political appointees of the immediate past Ihedioha’s administration, who left office on January 14, 2020 following the Supreme Court judgement. The truth is that such gesture is uncommon in our political environment, where leaders usually wear the toga of winner takes it all mentality, but Hope is extraordinarily different.

In appointments, so far, the governor has shown that indeed, he is prepared for governance and he is committed to the business of building a new Imo in line with his 3R vision of Recovery, Rehabilitation and Reconstruction as encapsulated under his Strategic Roadmap for a New Imo. For a leader to achieve his vision, mobilization of a compatible and result driven team with individual records of administrative skills is not only strategic but a fundamental prerequisite. In view of the above, one can comfortably say that the choice of his initial appointments reveal clearly a man who is prepared and determined to deliver. The assemblage of men and women who share the same level of enthusiasm, passion and commitment to the vision of the leader, is the first step to the actualisation of such vision.

Today, there has not been any criticism or public outcry trailing or condemning the appointments so far made, simply because every Imolites seem to be in agreement with the governor, as he has demonstrated his capacity to reward excellence and hardwork. The appointments are so far merited and not one is a reward to political godfathers and mothers as it was the case in the previous administrations. As a man who appreciates and rewards hard work, Governor Uzodimma has been appointing square pegs in square holes, for administrative efficiency and results.

It is expected that in no distance time, at the full manifestation of all the indices of good governance been put in place by our governor, Imolites will have every reason to be grateful to God for their collective mandate given to Senator Uzodimma at a time like this in our history, as every one, man and woman, old and young, civil servants, business owners, artisans, market women, traders, youths, students etc will all be equal beneficiaries of our New Imo of Shared Prosperity.