You are here: Home › NEWS › If you missed Uche Ogbuagu’s Radio bombshell, catch up here.

If you missed Hon. Uche Ogbuagu’s Radio bombshell, catch up here. We are still brining you the full transcript. Manage this one fess. 👇🏽 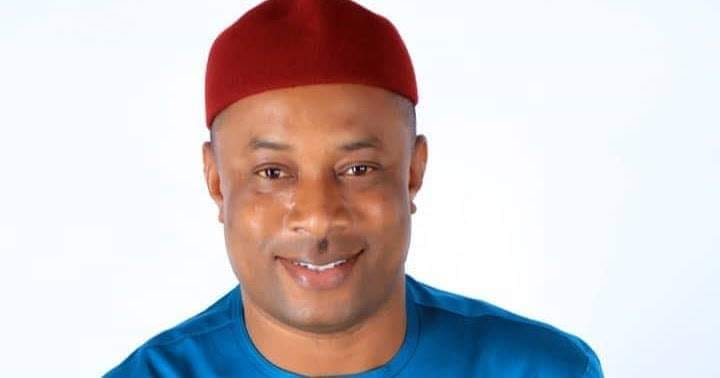 …..Nothing that is happening in Ikeduru PDP that I’m aware.

…..During August meeting of 2019, they made my wife a stranger without involving her.

…..If i call the Governor to complain, he will tell me to wait.

…..I discovered that they have completed projects in Ikeduru on papers, fully completed, but in reality jobs have not gone up to 30 percent.

…..If i call the T.C chairman of Ikeduru to know how much that was coming in, he will tell me that they said i should not tell you.

…..A day before the supreme court judgement, i got information that the Governor has ordered Imo speaker in his Asokoro residence to suspend me and the member representing Aboh Mbaise and Ahiazu in the house, because it was rumoured that we complained on how the government bought refurbished cars with outrageous amounts.

…..Were you slapped by the Deputy Governor? Leave that for another day because my wife begged me to leave anything concerning Emeka Ihedioha to God, because if i open up on what i passed through, people will go crazy.

…..I discovered that entraco wasn’t doing their job very well, as refuse took over Owerri without prompt action from the government, I called different people in the government to complain, all of them told me if am incharge of dirty evacuation. When i went to radio to advise the government, i was summoned, queried and humiliated for advising the government i fought hard and contributed my quota to enthrone to power.

…..On Deputy Speakership position, during the midnight meeting to decide who will become the deputy speaker ( in the house of an Ikeduru man… referring to former minister Chuka Odom), there was an agreement to zone it to Mbaike Federal Constituency since Mbaise has Governor and Owerri federal Constituency has Senator. In Mbaike Federal constituency, Mbaitolu has the federal house of reps member (ranking) and Ikeduru was in the vantage position to produce the deputy speaker, all the leaders said noooo! I asked for them to do voting, we were all sent out from the venue and Hon. Nwawuba went in and rigged the election with Chuka Odom. I cried for the injustice and all Odom could do was to tap me on the shoulder.

…..As a chairman house committee on budget and appropriations, i didn’t contribute any quota on the budget, i was completely shut out and sidelined on the order of the government.

On PDP going to court to retrieve your position having been elected through the party…….He said he’s waiting for their letter as it will enable him to finally open up on what he suffered in the party. He said he was tactically avoiding opening up on so many things that took place in that government because of his wife’s advise.

2 Responses to "If you missed Uche Ogbuagu’s Radio bombshell, catch up here."