You are here: Home › NEWS › Ihedioha Stole my mandate – Uche Nwosu cries out. 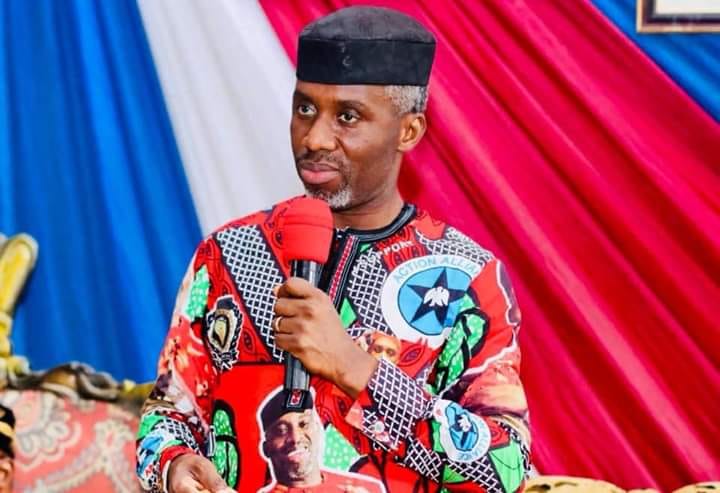 The Imo State governorship candidate of the Action Alliance (AA) in the just concluded election, Uche Nwosu, has said his party had discovered what he described as high-level of irregularity in some local government areas during the governorship election.

He noted particularly that what transpired in the four council areas of Aboh Mbaise, Ahiazu Mbaise, Ezinihitte and Ngor-Okpala was not proper for the nation’s democracy.

Nwosu, who recently got the nod of the tribunal to inspect election materials, stated that he was confident that he would reclaim his ‘stolen’ mandate.

Speaking to newsmen on Thursday in Owerri, Nwosu, a son-in-law to incumbent governor, Rochas Okorocha, said: “My mandate will be reclaimed; Emeka Ihedioha never won the election; we have got the leave of the tribunal to inspect the sensitive materials used for the election and what we saw was alarming and a lot have been revealed, the illegitimate declaration will soon be reversed.

“If you subtract the bogus votes the PDP candidate allocated to himself in the three Mbaise LGAs and Ngor-Okpala, you will notice that I actually won the election but I have faith that the tribunal will do the right thing and annul that election.”

Nwosu also blamed the irregularities on the ad hoc staff, especially the university professors and lecturers whom he said compromised the governorship election.

The AA candidate, therefore, called for a review of the use of the academia in subsequent elections, describing their alleged complicity on electoral fraud as a huge threat to the nation’s democracy.

He maintained that the People’s Democratic Party (PDP)’s, Emeka Ihedioha never won the election because he never met the constitutional requirements to be declared governor-elect.

One Response to "Ihedioha Stole my mandate – Uche Nwosu cries out."