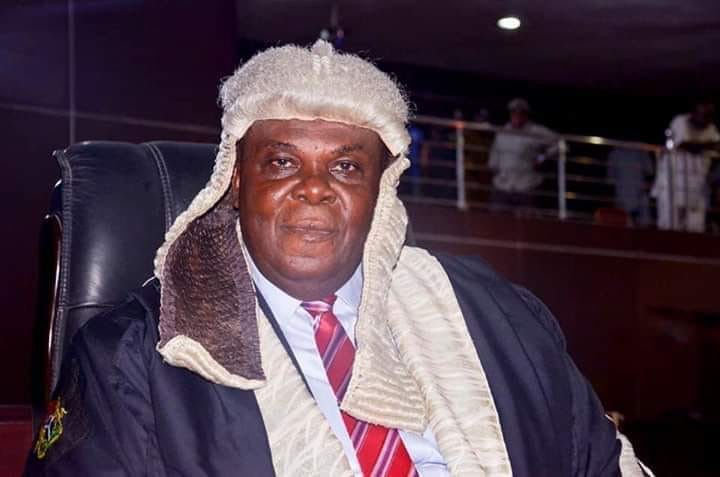 Imo State House of Assembly Thursday, threw their weight behind the Supreme Court Judgment which ousted Emeka Ihedioha and enthroned Senator Hope Uzodinma as Governor of the State.

The House which passed a vote of confidence in the Supreme Court ruling, following a motion raised by Hon. Kennedy Ibe, member representing Obowo State Constituency

Ibe noted that with the Supreme Court ruling, of January 14, 2020, all issues surrounding the Imo governorship election of March 9, 2019, has been settled with Uzodinma as the legitimate Governor of the state.

The Motion which had the support of over 20 members pointed that Imo people are happy with the Supreme Court judgment that sacked Ihedioha and called for a stop of the incessant protests by elements who do not want the progress of the state.

Ibe further moved that the Resident Electoral Commissioner and the Returning Officer who returned Ihedioha as Governor be sanctioned for announcing him winner when they knew that the former Deputy Speaker of the House of Representatives did not meet the constitutional requirements.

When the Speaker, Rt. Hon. Chiji Collins, put the motion to vote, it received overwhelming support and was passed.

Another highlight of Thursday plenary was the defection of three more Honourable members to the All Progressive Congress (APC), namely: Mrs. Uju Onwudiwe (Njaba) who joined from Action Alliance (AA), Paschal Okoli (Orlu) and Samuel Otuibe from (Ahiazu Mbaise) both from the Peoples Democratic Party (PDP).

Announcing the defection at the floor of the house, the Speaker, Collins noted that the defecting members after consulting with their constituents saw the need to join the APC to help the Governor, Uzodinma who has shown great desire to develop the state to achieve his good plans for Imo people.

With the latest defection, APC now has overwhelming majority in the Imo House of Assembly with a total of 22 members as against PDP’s 5.