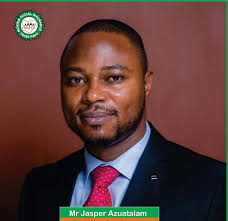 A BoT member of the All Progressives Congress, Mr. Jasper Azuatalam has put out a cry for help over the kidnap of his uncle. This incident happened on Sunday night in Owerri, Imo state. Taking to social media, he wrote:

CALL FOR HELP
My uncle (brothers father) have just been kidnapped now in my village Okuku in Owerri west LGA Imo state. This is happened at about 8pm this evening. The kidnappers shot and killed a young boy who tried to barricade the road and shot another who is struggling foe his life now. I have called the SARS commander in Imo state and other Police authorities in Imo and made contacts with Police in Rivers. The last place the kidnappers where seen was Obosima in Ohaji Egbema and they made a turn to Avu in Owerri West. The Police is tracking them. They came in a green tiny light Toyota Camry. Kindly help me to pass this information to Rivers state especially the neighbours of Ohaji Egbema and all Imo state. 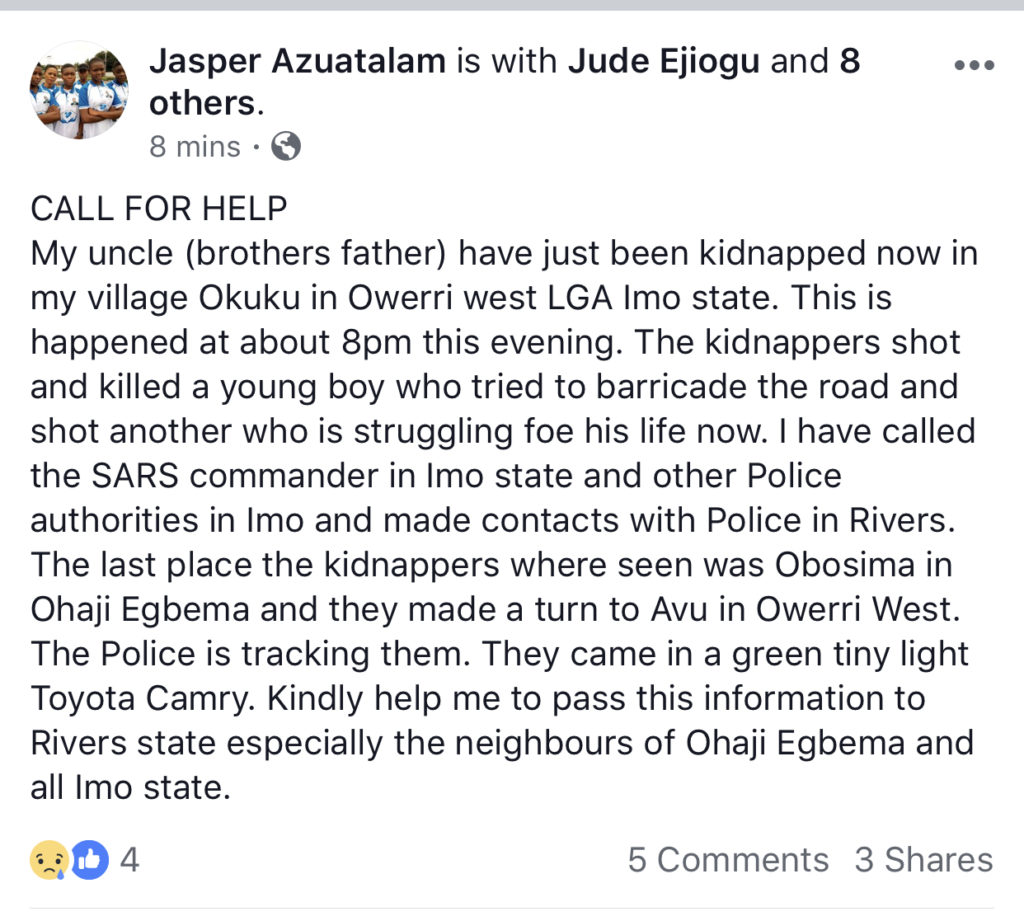 Jasper was also an active member of the IMO APC coalition that broke the camels back in Imo state. 🚶🏾‍♀️