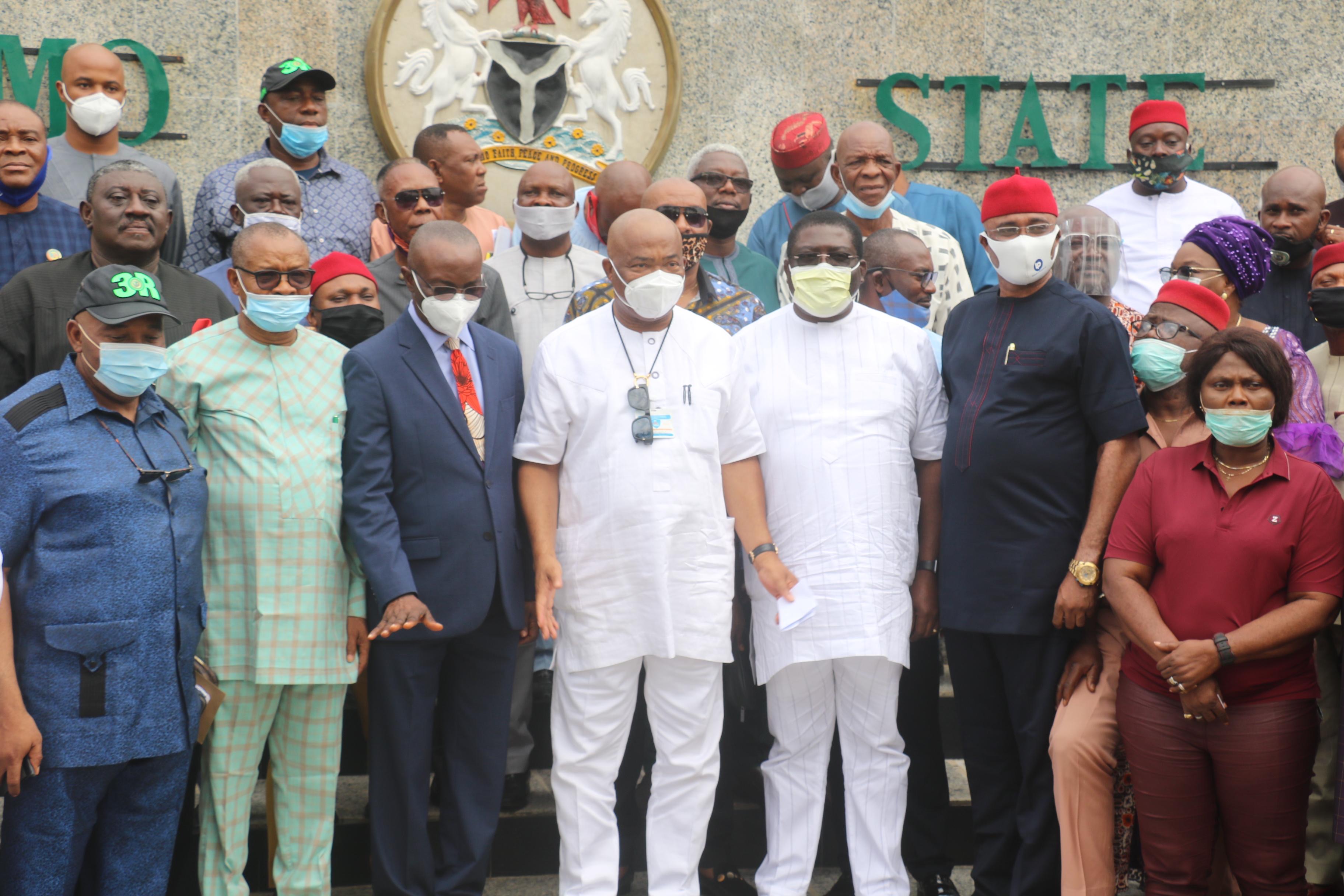 Governor Hope Uzodimma has given indication that the State Congress of the All Progressive Congress (APC) will soon take place in an environment where all party members will be carried along.

The governor spoke on Monday when he received in audience former Secretary to the Imo State Government, George Eche, former APC Chairman in Imo State, Chief Hilary Eke, former commissioners and other political appointees in the administration of former Governor Rochas Okorocha who came to pledge  their loyalty and support to his government.

The former commissioners and appointees said they are resolved to give Governor Uzodimma all the support he needs to succeed, including the effort he is making to ensure that the APC is made a strong and united party in Imo and by extension, the South East.

Governor Uzodimma said the APC State Congress will take place in an atmosphere devoid of rancour and bickering, even as he reiterated his resolve to build the Party as a strong and united one.

The governor emphasized that APC members in the State should put the past behind them and focus on politics that takes care of today, yesterday and tomorrow.

Governor Uzodimma reminded the party members that they are one and will only make progress in a united APC where the Party is seen as supreme.

He said he is open to build a party that will serve the people and invited all members to come home and help him use his God given powers to create happiness in Imo.

“With effective, united, strong and viral APC in Imo State there is the tendency for APC to spread and capture power in the South East by being in power not only in Imo but in the other four States of the Zone,” Governor Uzodimma said.