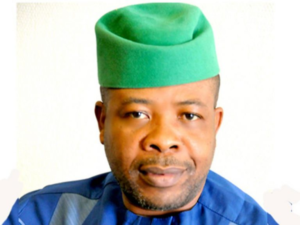 The Ihedioha Campaign Organization wishes to alert the people of Imo State and Nigerians at large that the 2019 budget of N276 billion presented to the Imo State House of Assembly (IMHA) by Governor Rochas Okorocha, is a hoax that will not only see Imo State finally sunk in the ocean of debt but indeed mortgage the future of the State and the people.

Accordingly, Governor Rochas Okorocha 2019 budget framework for Imo state is a mixed bag of comic strips, tactlessness, deceit, and a charade designed to further under develop Imo and to impoverish the good people of the state

While presenting the 2019 Imo state Appropriation Bill to the state House of Assembly recently, Governor Okorocha who put the total budget figure at N276b indicated that it exceeded the previous budget by N85b

Equally worrisome is that the expected revenue was put at only N97b leaving a huge budget deficit of N179b. The government obviously plans to use debt instruments or sale of assets or shares as sources of revenue income to make up for the colossal shortfall.

There are critical questions and fiscal illogicalities inherent in the proposed 2019 budget outline presented by the Governor. The first is, why has Governor Okorocha waited till the twilight of his administration to come up with a bloated budget that far outstrips all the previous budgets made by his government? What is the fiscal rationality behind a budget whose deficit rate is about 100 percent more than the expected revenue?

It smacks of wickedness that the out-going All Progressives Congress (APC) government in Imo State has by the dictates of the 2019 proposed budget indicated an uncanny plan to perpetuate Imo State under the burden of huge domestic and foreign debts and thereby further worsen the long suffering of the people of Imo State.

It is difficult to understand why the outgoing Imo APC government wants to bequeath a colossal debt burden as a parting gift, to the good people of Imo who gave the party and Okorocha an unmerited eight years mandate to preside over the affairs of the state.

It is largely disturbing that this government intends to fund the budget deficit through borrowings, sales of assets and issuance of debt instruments given that these sources of income would further enlarge the increasing debt profile of the state thereby muddling the economic woes of Imo. This is more so as Governor Okorocha may characteristically decide to sell such symbolic Imo assets as Adapalm, Concorde Hotel, Avutu Poultry, Cardboard and Packaging, Nsu Tiles, etc. to his cronies and family members as parting gifts?.

The danger lies in the fact that Imo state has under the current APC government been groaning under the heavy weight of domestic debt amounting to over N93b, up from N26b in 2011. Imo state external debt is second to none in the country with well over $63m, according to Debt Management Office, (DMO) and National Bureau of Statistics. (NBS).

It is important to note, that the proposed huge capital expenditure allocation of 77.54% exposes the plan of the government to further impoverish Imo State. The government claims the borrowings would be embarked on to raise funds to “complete ongoing projects”, whereas in over 7 years of the APC- led government, it is yet to complete any project, including the ill-conceived 27 new General Hospitals projects; classrooms blocks in 450 primary schools and countless abandoned road projects. How come the government is now in a hurry to complete these projects within the remaining 5 months?

Furthermore, a look at the paltry allocation of 22.46% or N62b of the budget to recurrent expenditure smacks of ridicule especially for a government that is owing civil servants and pensioners between 36 months and 84 months of arrears despite receipt of N64b bailout funds and N22b Paris club refunds between 2015 and 2018. This clearly shows that the government does not wish to clear these outstanding bills but rather cunningly decided to hand it down to the in-coming government

It is also unfortunate that at the projected N97b projected revenue, Governor Okorocha has no concrete plans to improve Imo IGR, yet he wishes to incur more debts for the incoming PDP administration. It is noteworthy that our neighboring states of Enugu, Anambra and Abia, generate about N30b, N20b, and N18b per annum respectively from IGR, while Imo still earns a paltry N6b per annum.

We would have expected a parting budget that is anchored on increased revenue generation than this obvious fiscal irresponsibility expressed in the budget plan for further mindless borrowing and opaque expenditures on white elephant projects.

Consequently, we wish to urge the Imo State House of Assembly to, in the interest of the state, return the budget proposal to the executive to address the issues highlighted above or rejig the entire proposal to reflect the current realities in the state. The House of Assembly, has another opportunity to redeem itself of the seeming complicit and abysmal performance that has characterized the near 8 years of APGA/APC administration in Imo State.

Imo people can now understand why Imo Economic Development Initiative (IEDI), a group of accomplished Imo citizens led by Prof. Maurice Iwu, submitted in January 2018, that Imo ranks 34 out of 36 states in the ease of doing business and has slipped from 17th position in 2014 to 22nd in 2017 on sustainability and viability indices.

For instance for a government that promised to create jobs, build industries and factories, its allocation of a paltry N5billion to a critical sector as Agriculture clearly shows the government as lacking knowledge of economics at the macro-level, decrying the abysmal allocation to agriculture which should form the pivot for job opportunities, employment and wealth creation.

The good thing is that the Imo State PDP governorship flagbearer, Rt. Hon. Emeka Ihedioha CON as Deputy Speaker of the House of Representatives has operated at the peak of the legislature and governance, where he supervised serious business of budgeting and appropriation of the finance of Nigeria. So much is expected from him in terms of realistic appropriation, allocation and budget implementation. We are certain that under his watch Imo State will witness for the first time, a government where critical sectors will operate optimally, while budgeting process would be made efficient, transparent and purpose driven.

One major area the APC government failed woefully that will receive deliberate attention under the new PDP government is budget implementation. Rt. Hon. Emeka Ihedioha is known to be focused and results-oriented and will deliver service to Imo State with quality and finesse. Rt. Hon. Ihedioha has developed a functional and realistic blueprint that will stimulate economic development and fast track private investment in the state. He has at different fora assured and restated at his readiness to be broadminded, towards ensuring equitable distribution of wealth and projects, as well as run an inclusive, participatory government with prudent application of state funds. Under his administration Imo will witness fiscal discipline as all institutions would be made efficient to deliver quality service to Imo people.