You are here: Home › NEWS › Nigerian Youths are Justified In their Expression of Anger – Nwosu 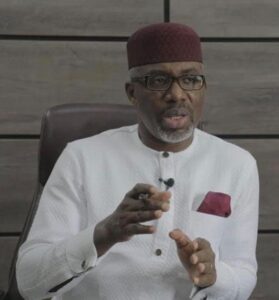 The candidate of the Action Alliance (AA) in the 2019 governorship election in Imo State, Uche Nwosu, has backed the youths in their demands amidst the wave of protests across the country. He also lists out recommendations for impactful and sustainable results

Nigerian youths are justified in the way they have expressed their anger against the recently disbanded SARS. However, it must not be taken for granted that, this is not just about SARS, but a demonstration of an obvious disaffection by these against constant abuse, neglect and harassment, not just by the SARS or the police, but the the attitude of some security personnels in the entire security system in Nigeria. These protests mustn’t be treated, superficially, because the emotions that spurred and still spur the #EndSars movement is more visceral than we are seeing.

I restate my commendation to President Muhammadu Buhari and the IGP for their responses, so far. However, I make the following recommendations for more impactful and sustainable results to be achieved in the ongoing Reforms:

1. The reforms shouldn’t be restricted to the Police Force alone, but to all security agencies and institutions of government.

2. The focus of the reforms should be on ensuring that our youths are given needed protection and concessions in the planning and implementation of government policies, across all sectors.

3. To avert a further degeneration of these protests, stakeholders must come together to ensure quick resolution of all the issues that have led to the standoff between our university lecturers and the government.

4. Th disbandment of SARS should not confer immunity to some officers who may have been found wanting in the discharge of their duties, nor should it stop ongoing investigations on abuses affecting youths and other Nigerians as allegedly perpetrated by the disbanded team.

5. The proposal by the House of Representatives for compensation to be paid to families and individuals who were victims of SARS excesses, should be followed through and implemented.

6. Members of the SARS team who have been found to be above board should be rewarded and adequately compensated to serve as morale booster to other officers in different assignments for the nation.

7. To discourage corruption among the rank and file of the Police, government should regularly explore ways to enhance the welfare of the officers and a transparent and encouraging reward system should be adopted within the Police Force.

8. Our Police Barracks and other police facilities should be constantly maintained and our policing should be more digital than analogue.

9. Other Police units and teams that might be guilty of the same excesses for which SARS has been disbanded should also be looked into and appropriate punishment meted to those found guilty of such abusive excessive against Nigerian youths. Some of these units include; the anti-cult, anti-vice and other units, that may have achieved notoriety for human rights abuses, especially, against the youths.

10. Efforts should be geared towards creating more jobs for our youths, encouraging enterprise among our youths and as well putting the right infrastructures in place to foster a more healthy economy through the active and profit-guaranteed participation of the private sector.
God bless Nigeria.