You are here: Home › NEWS › No hiding place for Okorocha, he must face the music – PDP

The attention of the Peoples Democratic Party, Imo State has been drawn to the poorly crafted rejoinder by the disgraced outgoing Governor of Imo State, Chief Ethelbert Okorocha on his outrageous and unexplained withdrawal of N17 billion, within the last four days.

We are not surprised that the shamed Governor, in his usual smart-by-half attitude, deliberately avoided the serious issues raised by our party, to rather throw tantrums and engage in name calling.

For emphasis, we insist that, within the last four days, Governor Okorocha has made huge cash withdrawals from banks to the tune of N17billion. And we challenge him to publish the financial status, including a comprehensive statement of account of Imo State, to buttress his defence as that is the only evidence our party and the good people of Imo State will accept as the truth.

Now that Governor Okorocha has shamelessly decided to make mockery of his drowning self, by questioning the capacity, preparedness and astuteness of Rt. Hon. Emeka Ihedioha CON, Governor-elect, Imo State, we will not in any manner, aid his desperate attempt to divert attention from his ongoing last minute looting spree. But we will bring the attention back to the burning issues, bothering on his primitively insatiable thirst for looting of public funds.

But for emphasis, we wish to state that the antecedents, trajectory, accomplishments, pedigree and track record of achievements of the Governor-elect, are well known, to not only Imo people, but to Nigerians in general, which indeed are the reasons he enjoys the respect support and goodwill in the nation, even across party lines.

It is on record that Governor Okorocha was sacked as the Chairman of Nigerian Aviation Management Authority (NAMA) as result of fraud within months of his appointment. His person is known across the nation to be synonymous with fraud. It is only unfortunate that history has recorded such a character as the Governor of Imo State.

Our brand new Governor-elect has never been involved in any fraudulent activity nor being questioned or investigated for any form of abuse of office despite holding very high sensitive offices at the national level. He is known to have acquitted himself creditably, while setting new records and leaving legacies in the sands of history in the nations public service.

Importantly, unlike Okorocha who had neither a well researched programmes and policies for the state nor even basic experience in public service before becoming governor, Rt. Hon. Emeka Ihedioha has prepared himself very well with fundamental experience, multiple capacities, track record and indeed has a well researched manifesto to rebuild Imo State. And we are confident of his outstanding performance as the Chief-Servant of the state.

We wish to inform Governor Okorocha again, that there is no hiding place for him. He must face the music. He must answer for the atrocities he committed and the primitive looting of the state funds he supervised. 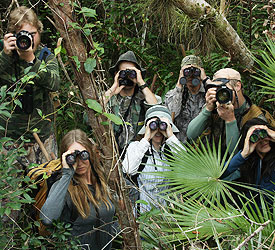 We once again challenge Okorocha to publish the finances of the state – bail out fund, FAAC allocation ,LG allocation, 13% derivation, Paris fund, ecological fund, budget support and other funds that accrued to Imo State for 8 years he has been governor.

We challenge him also to publish without delay, names of contractors that did “projects” for the state and how much each “project” cost the state.

Governor Okorocha must be reminded that we are in the know of all the last minute looting he has embarked on and we are certain thatbthe fill weight of the law will catch up with him, sooner than he expects.

2 Responses to "No hiding place for Okorocha, he must face the music – PDP"