You are here: Home › NEWS › OPINION: Okorocha and the Proverbial House Fly – By Chidi Nkwopara 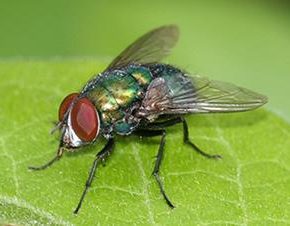 Our forefathers may not have had the opportunity of embracing the Western style of education, but they had a lot of wisdom!
Please, take time and ruminate over the Igbo saying that “a recalcitrant house fly is often buried with the corpse “, or “if the ear refuses to hear, when the head is cut off, it goes with the head”.
All of them depict wisdom. They remain true and relevant today as they were, when the words of wisdom were coined centuries ago!

Governor Rochas Okorocha, no doubt, came into office through the collective will of the people. He became idol of commercial tricycle operators, artisans and even pastors.
Okorocha branded the tricycle operators as “Imo Rescue Pilots” and the pastors, “Rescue Missionaries”. He had baptismal names for other groups. Again, at inception, he would break protocol and stop along any street in Owerri, to buy “akara” or roasted corn! For the citizenry, “this governor is not like the previous ones”.Okorocha turned the distribution of kerosene at the Dan Any I am Stadium Complex, Owerri, and the payment of pensioners, a huge funfair!

The days, weeks and months rolled by and things began to change for the worse. Kerosene was not shared again. The tankers that brought the petroleum product to the stadium, parked sometime at the Ikemba Ojukwu Convention Centre, where Okorocha initially moved the Office of the Secretary to the Government of Imo State, and later developed wings.

Pensioners, who thought it was Uhuru when Okorocha came on board, were thrown away like used tissue paper. There was no longer the love to stop and eat akara at the roadside. The slide continued.
Then came his self imposed “dualization of Owerri-Orlu-Mgbee-Urualla-Osina federal highway, among other alleged road constructions. Several buildings, public power supply facilities and economic trees were felled. No compensations were paid! This road has remained unfinished, eight years after!
In Owerri municipality, the solid roads and underground drainage system, built by the Sam Onunaka Mbakwe administration, were brazenly destroyed. With the full support the Army, Air Force and the Police, under the command of Mr. Chris Ezike, the ancestral Ekeukwu Owerri Market and the New Market were destroyed. The 10-year old Somtochukwu Ibeanusi, the only son of his family, was killed in the process!

This writer had, on several occasions, told Okorocha during press parley in his palatial residence at Spibat, that he would find it difficult to remove the ancestral market of Nde Owere. Today, I can repeat what late Dr. Nnamdi Azikiwe told the late administrator of the defunct East Central State, Chief Ukpabi Asika: “History will vindicate the just”.

Okorocha was all knowing and this probably explains why many of those, who came with him at inception, left. Some in shame and others, unceremoniously. The list is long!
This was where his problem started. He never listened to wise counsel, even from clerics! Before anybody knew it, his acolytes started doing more damage to his image and that of his administration.
Stories abound about what his followers did at Obiri Odenigbo, Assumpta Cathedral, Owerri, and during a Requiem Mass at Ngwoma Obube. None of them thought that the day of reckoning would come!
His unhidden agenda to foist his son in-law, Uche Nwosu, on the rest of us, appeared to be the last straw that broke the Carmel’s back. People’s resistance did not mean anything to him. He thought that his words were final. He forgot his “ohashierism” and “iberiverism” lectures.
Imo people obviously had more than their fair share of suffering. At the appropriate time, they showed it with their Permanent voters Card. Who said that our ancestors were not wise? Rt. Hon. Emeka Ihedioha, you are welcome on board.