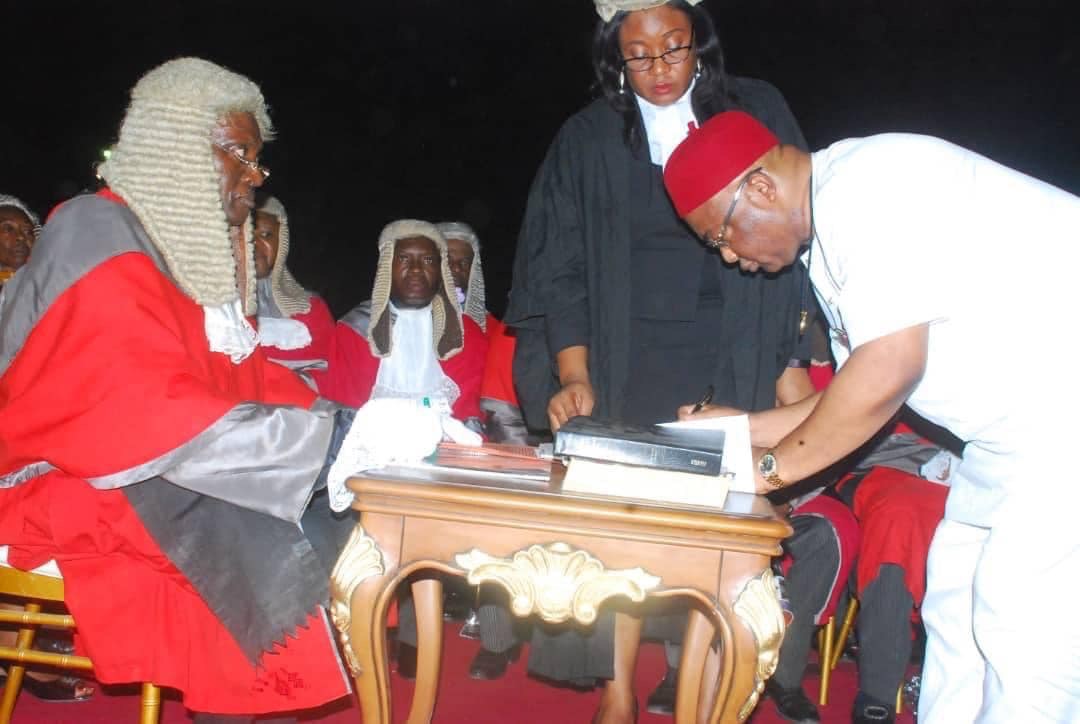 One of the remarkable legacies of the Ihedioha administration in its seven eventful months was the systematic and systemic probe of his predecessors. He did it with the backing approval of the Imo State House of Assembly (IMHA).

Consequently, the governor set up relevant Committees and Commissions to investigate the financial statements of the State, Local Government and some agencies like the Imo State Oil Producing Area Development Commission (ISOPADEC).

Already, shortly before the controversial Supreme Court judgement that ousted him from office, Rt. Hon. Ihedioha had received the report of the Committee that verified the ISOPADEC finances and the summary was that the Okorocha regime has questions to answer about the whereabouts of N6 billion.

Reports of other Committees and Commissions were being expected before the Supreme Court judgement struck. But there were obvious reasons to believe that the past Rochas rogue regime would have been nailed for the homonguous pillaging of the State treasury!

It’s, therefore, a most encouraging and welcome idea that the new governor has ordered the probe of his predecessors up to the the generation – Ohakim, Rochas and Ihedioha!

What that signals is that the new governor may have directly or indirectly keyed into one of the innovative legacies of his immediate predecessor. And that’s the way to go!

I’ve always argued that every exiting governor should be ready to be probed. This is because clear conscience fears no accusations. If a governor didn’t steal money or land, if a governor hasn’t skeletons in his cupboard, he shouldn’t fear official probe of his stewardship in all ramifications!

The only concern should be how sincere the probe will be. Will it be a witch hunt against Ohakim and Ihedioha, while shielding Okorocha, his age long partner in political merchantilism and societal debauchery?

Already, the traits of the gory past rogue regime has manifested, with coquettish hobnob of Rochas, Uche Nwosu and Ifeanyi Araraume since the Supreme Court judgement made Hope Uzodinma, governor!

Moreover, the old system of issuing orders on the wheels and on the corridors seems to be back.

Evidently, Ihedioha’s orders followed rule of law and due process of consultations with the State Executive Council and where necessary the legislature.

But, from the fiat that unleashed the order to probe his predecessors, Gov. Uzodinma seems to have made a faux pas, that exposed his root in the ugly past of the bad government of 2011-2019!

Imo people must form the vanguard of ensuring things are done with rule of law and due process as has been restored and established by the immediate past governor in the seven months he was in office!

The parlance should be: “If you see something, say something”. The era of just watching and waiting without doing anything about the bad leader and his bad leadership should be over.

For example, as Gov. Uzodinma has ordered the probe of his predecessors, Imo people must ensure he implements it to the letter. Ndimo should be sure that there’s no favouritism or nepotism in the conduct of the probe.