You are here: Home › NEWS › UPDATE: Both results paraded from Imo Primaries are fake – Oshiomhole. 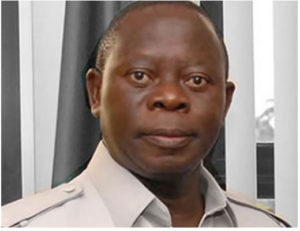 A lot happened today on the political scene. As you read this, the National Chairman of the All Progressives Congress (APC), Adams Oshiomhole has disbanded the Ahmed Gulak-led Committee for the party’s governorship primaries in Imo State. According to Oshiomhole, both results being paraded from the Imo governorship primaries were fake. In his words:

“The case of Imo State is not too good news for today, but not surprising, they have to learn to begin to comply with rules.

“They have two fake results. None of them is genuine and we will disband, we will appoint fresh committee, an Electoral Panel that will conduct transparent direct primaries that reflect the will of members of APC in Imo State, regardless of the interest and the powers that were behind any of the groups.

“The truth does not require supporters’ club to stand; it has its legs, it has its heads and we will do just that.”

Another committee will be set up before the end of the week.

3 Responses to "UPDATE: Both results paraded from Imo Primaries are fake – Oshiomhole."