You are here: Home › NEWS › Araraume promises Amauzari dividends of democracy as Governor 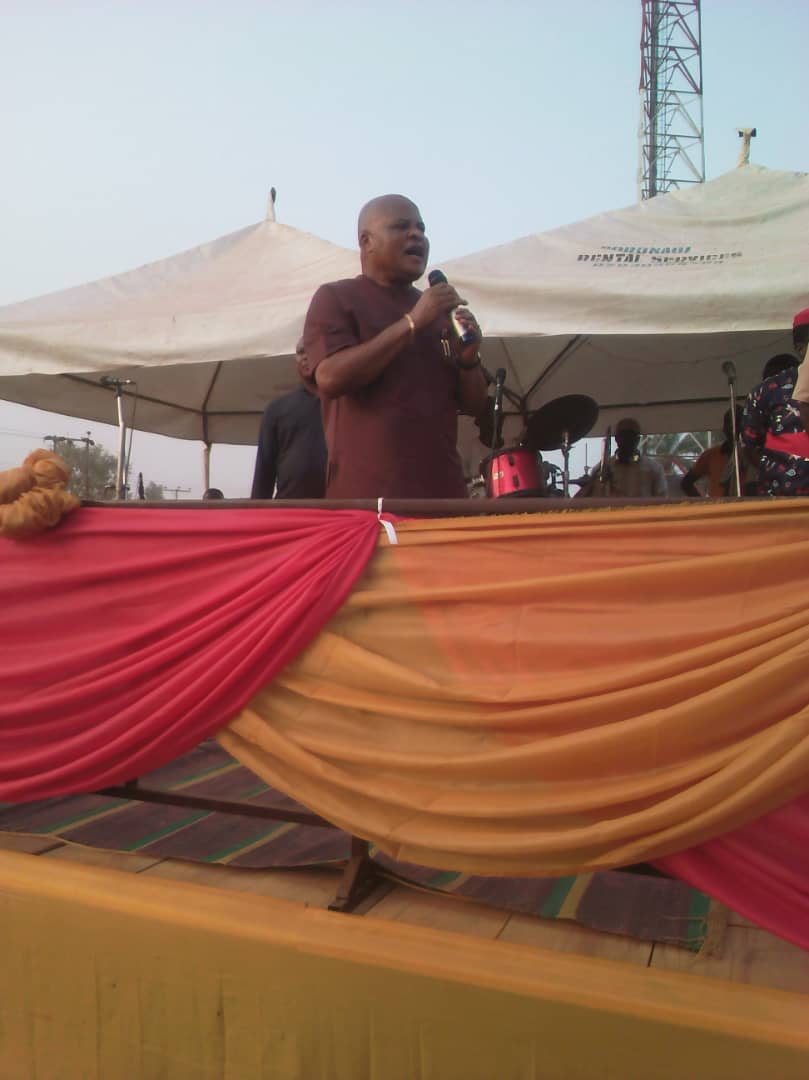 In a carnival like celebration today 26\12\18, the Amauzari People of Isiala Mbano held their yearly AMAUZARI DAY Celebration. The celebration afforded the sons and daughters of Amauzari an opportunity to thank God for seeing the community to this point . In his keynote address the PG of the Community Chief Sir Austin Egwuogu thanked the Distinguished Senator Araraume for always remembering the people of Amauzari most especially for attracting a 5.75Km road which stretches from Amaraku to Amauzari. He prayed that God will bless him and grant him his heart desires which is to become the Governor of Imo State.

In his response while standing on a podium ,Senator Araraume thanked the People of Amauzari for the warm reception. He told them that the Amaraku- Amauzari road which he attracted is courtesy of the Federal Government. He employed the people of Amauzari to impress it on one of their sons Rev. Engr Godson Onukwugha ( Gordon) who was awarded two km of the said road to ensure that he does his own share of the road.

Senator Araraume congratulated the face of Amauzari for 2018 ,Chief Mrs Ngozi Iwuoha. The high point of the occasion was the donation of Two Million naira to the people of Amauzari . He also gave to the Women and Youths Two hundred and fifty thousand naira respectively. The Recovery Team also found time to go to the house of Theo Osuala for a light refreshment.