The Imo State government has dissociated itself from a press release credited to its Diaspora Officer, soliciting funds for the fight against COVID-19 in the state. 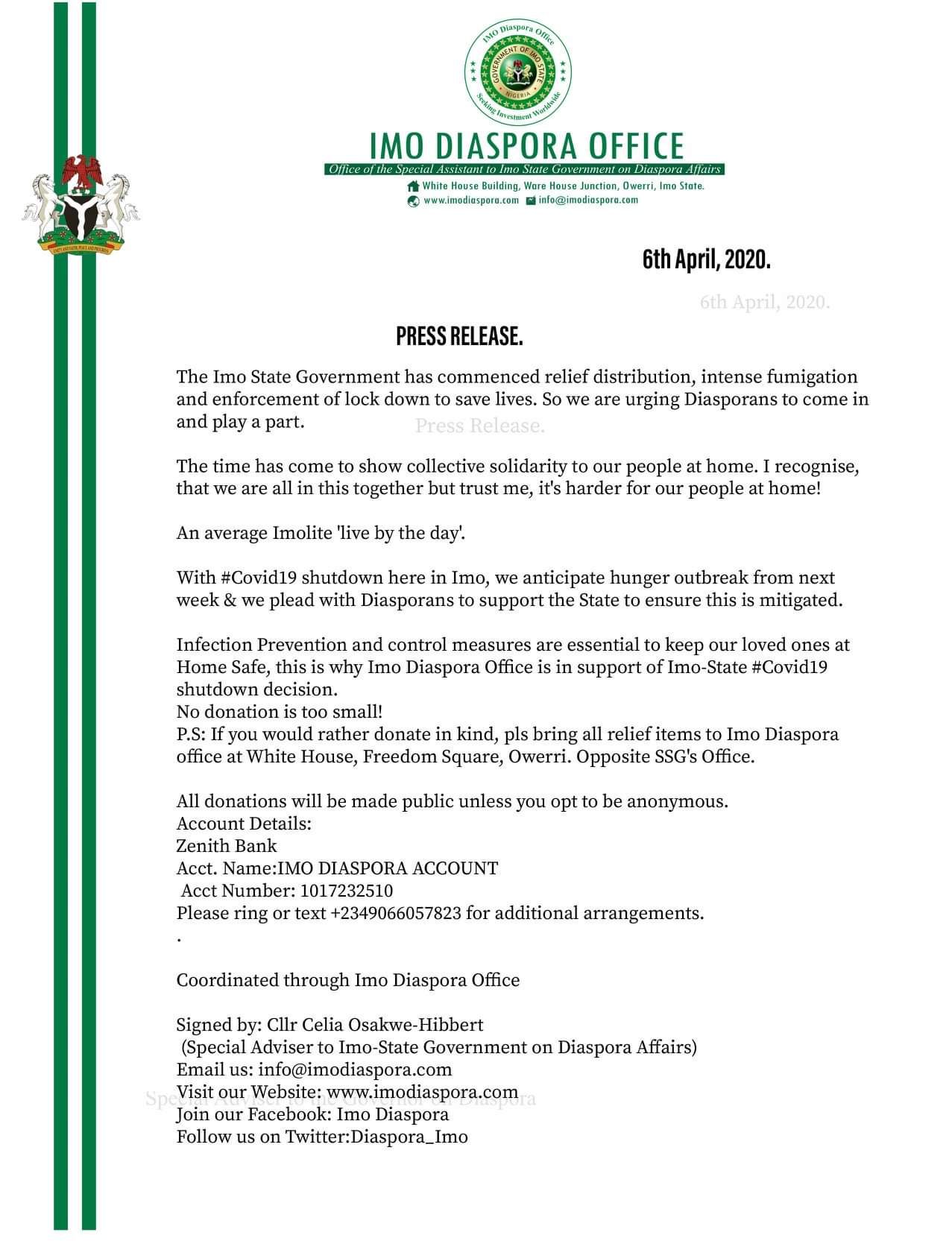 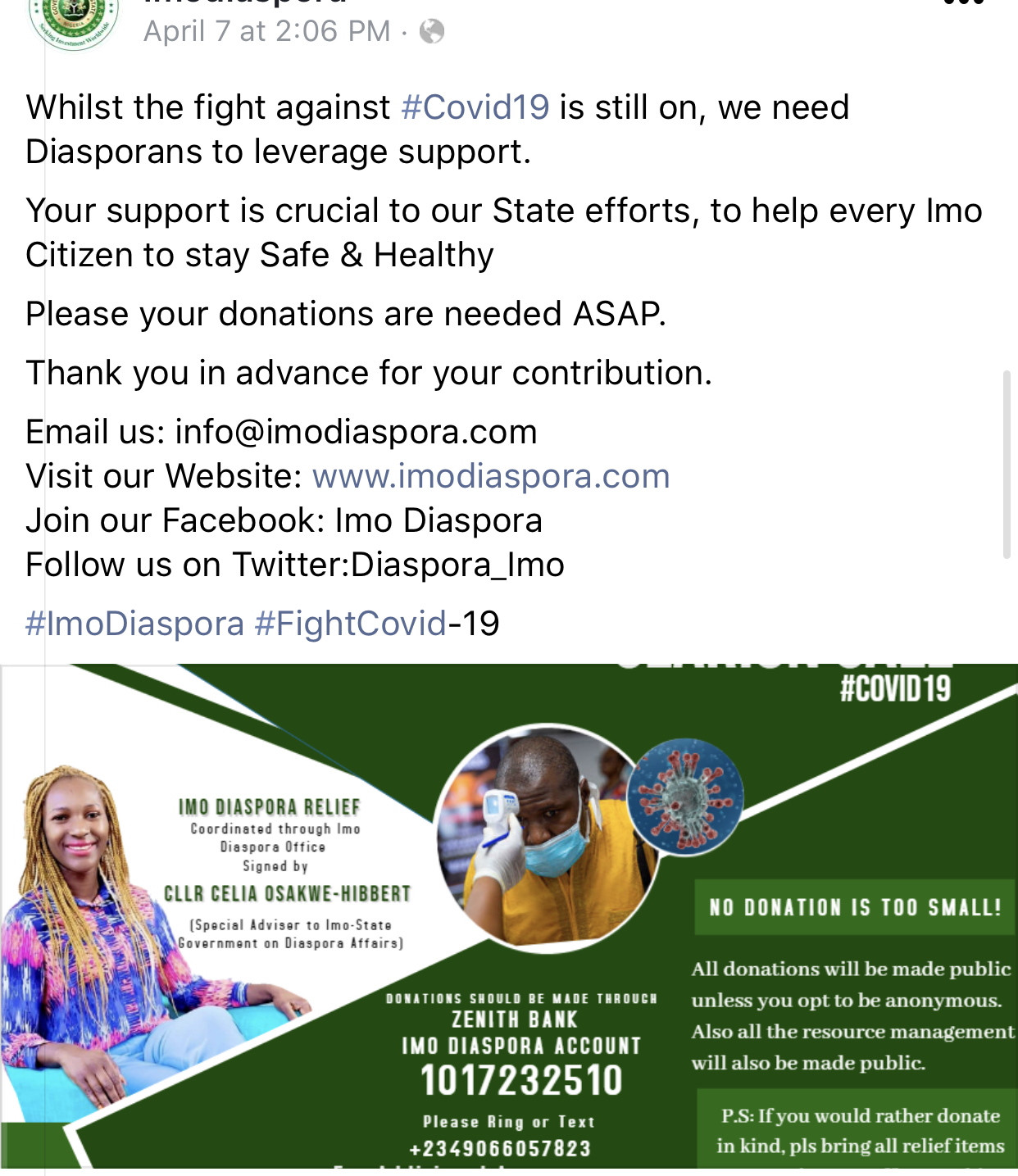 In a statement signed by the Secretary to the Government of Imo State Chief Cosmas Iwu, the Officer Ms Celia Osakwe-Hibbert neither sought nor got approval from the Governor through the relevant channel before embarking on public solicitation of funds.

According to Chief Iwu, there are laid down procedures and channels of communication which the officer ignored.

The Secretary to the Government of Imo State noted that the Governor had already empanelled a COVID-19 Committee which is working assiduously to protect the lives of Imo people in line with the measures taken by the state government.

Chief Iwu said in as much  as the government was not averse to receiving donations from the public, such solicitation of assistance must follow due process and procedures.

He encouraged those willing to further assist the government in it’s determined efforts to tackle the pandemic to do so through the official Account NO: 1022751826, Account Name ; Imo State Covid-19, Bank UBA Plc and ignore the one sent out by the Diaspora Office.

The Secretary to the Imo State Government, however announced that the government was grateful to individuals and corperate bodies that have donated to the COVID-19 fund account approved by the state.