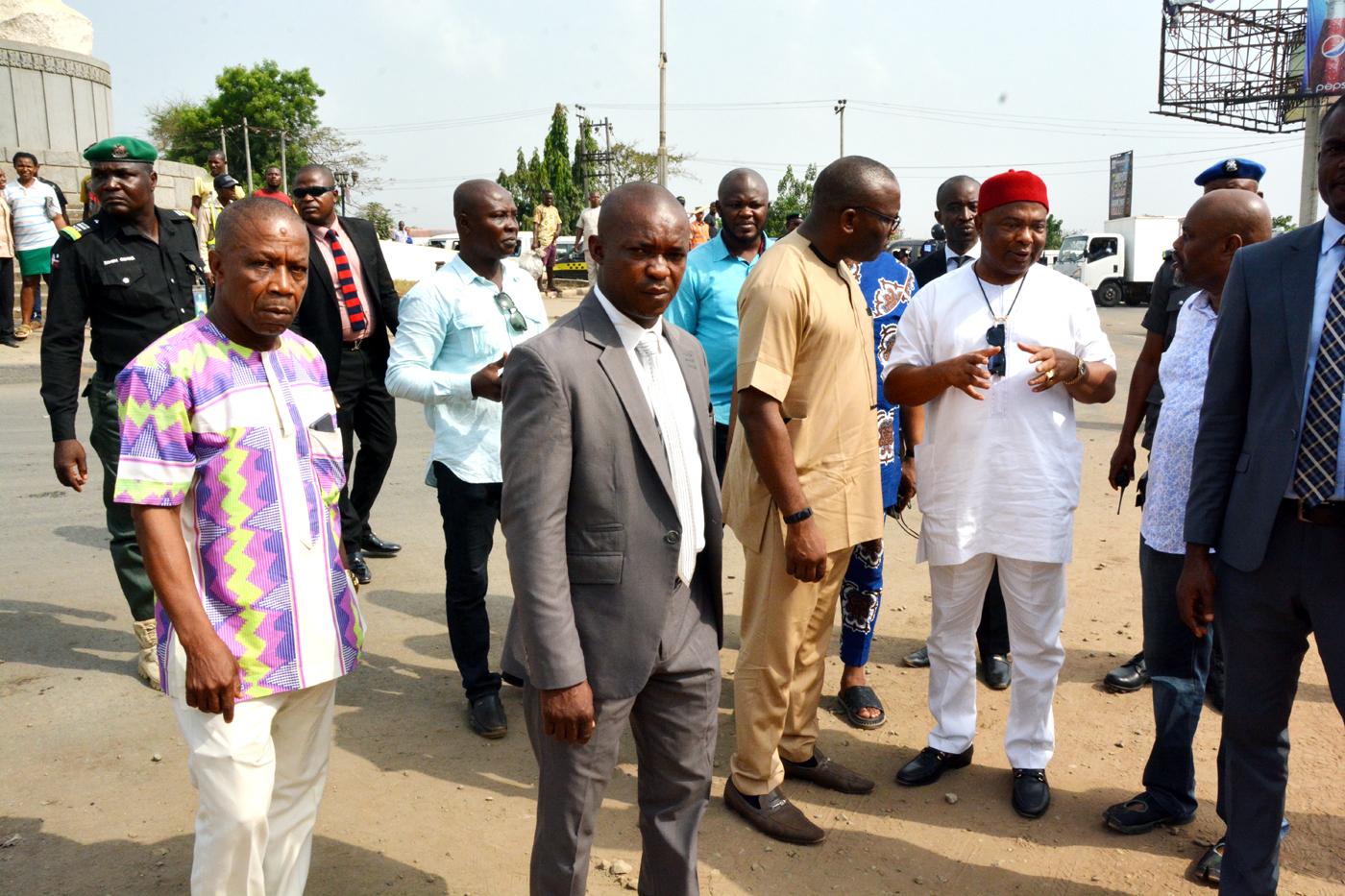 Imo State Governor, Senator Hope Uzodimma has once more warned contractors handling road projects in the state to return to site and start serious work or risk losing their contracts.

The Governor has also said that he is going to set up a Task Force to re-visit all the road contracts earlier awarded by the former administration to determine the serious contractors.

Governor Uzodimma who spoke early on Monday during an on the spot assessment of the roads under construction in the State, stressed that his government cannot be held to ransom by contractors who are bent on sabotaging his efforts by abandoning contracts awarded to them by the previous government.

He said “It is clear to me that some of these contractors are either not capable or up to something. Sooner than later, the rains will start and the roads are still lying like that. I am beginning to see them as sabotaging my government”.

On the way forward, Governor Uzodimma added: “I am going to set up a task force that will revisit all these roads to determine the contractors that are serious and the ones that are not serious. We will terminate the contracts of the unserious ones and re-award them to serious contractors.”

Expressing dismay over the lackadaisical attitude of the contractor handling Assumpta Roundabout/Port Harcourt Road axis, Governor Uzodimma pointed out that the Assumpta Road is a critical road to the state because of its economic importance. “It has been closed for months without corresponding work going on there; this must not be left to continue”.

He directed the Permanent Secretary, Ministry of Works to terminate the contract and re-award it to a more serious contractor who can fix the road before the raining season starts.

It will recalled that Governor Uzodimma had earlier given 72 hours ultimatum to contractors who left their sites to return or risk the contracts terminated, and the mobilization fees paid to them refunded. This ultimatum had since elapsed.