You are here: Home › NEWS › GOV. UZODINMA SWEARS IN SECRETARY TO THE GOVERNMENT, ATTORNEY GENERAL & CHIEF OF STAFF.

I WILL MAKE IMO STATE A MODEL AMONG HER COUNTERPARTS – UZODINMA

SWEARS IN   SECRETARY TO THE GOVERNMENT,

Governor Hope Uzodinma has pledged to make Imo State a model among her counterparts in the country as a way of repaying the people of the state for the confidence and trust they have reposed on him since he assumed office.

Governor Uzodinma, spoke at the inauguration of the Secretary to the State Government, Chief of Staff and Attorney-General and Commissioner for Justice at the Sam Mbakwe Exco Chambers, Government House on Monday, assuring that his administration will foster prosperity and development of the State.

Those the Governor swore-in include:

While promising that he will implement to the letter his three cardinal points of Reconstruction, Rehabilitation and Recovery, Governor Uzodinma disclosed that his administration will ensure that the greater good of the people of the state, would at all times take priority position.

On the calibre of people he has brought to serve, Governor Uzodinma said: “I had earlier indicated that the bar for appointment into the state has been raised to the highest level, hence, only the best brains would serve in my administration and I am standing on this platform because Imo deserves the best.”

The Governor charged the appointees  to put on their thinking caps, get into the factory room and get the ball rolling, adding that “to whom much is given, much is expected.” 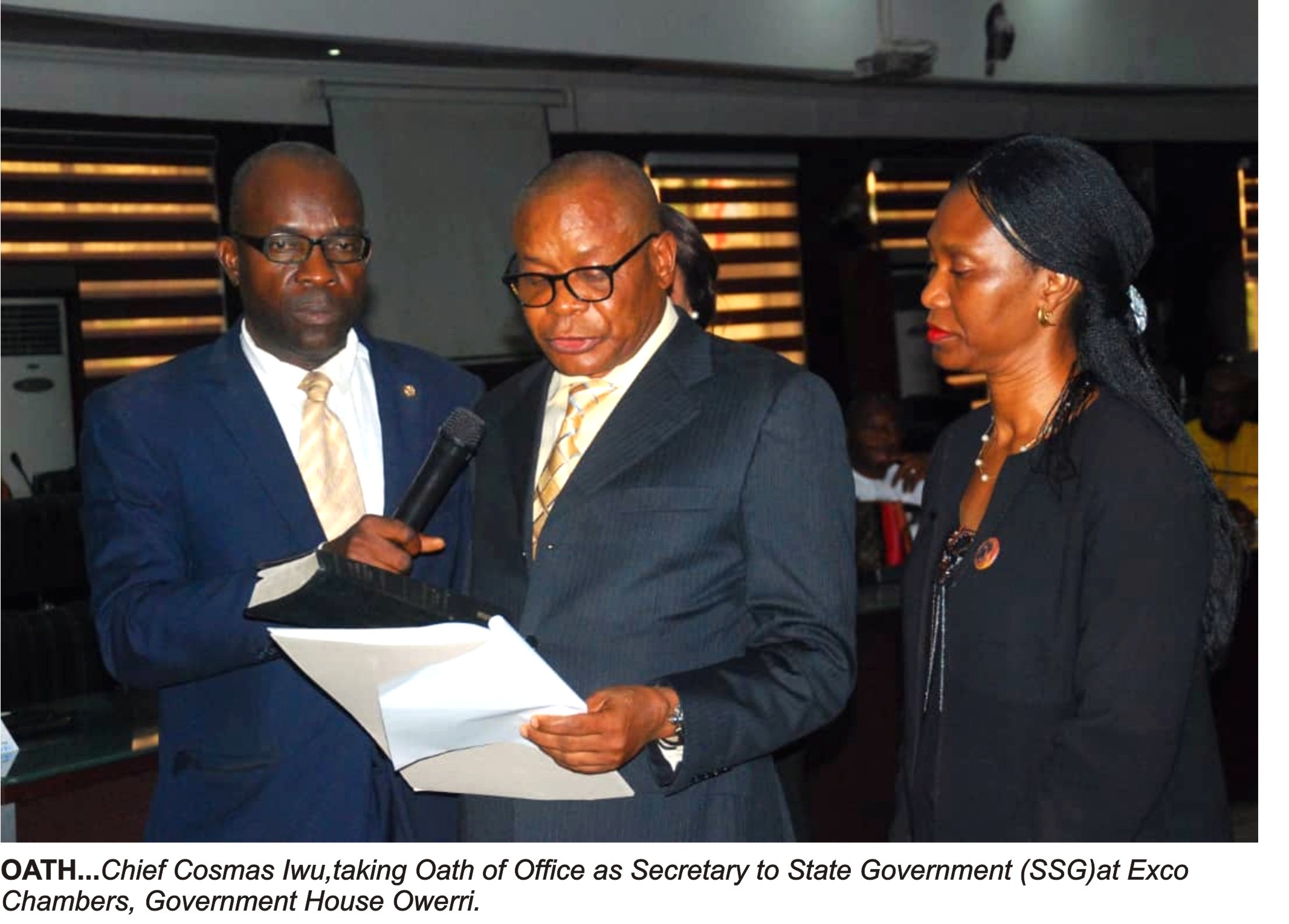 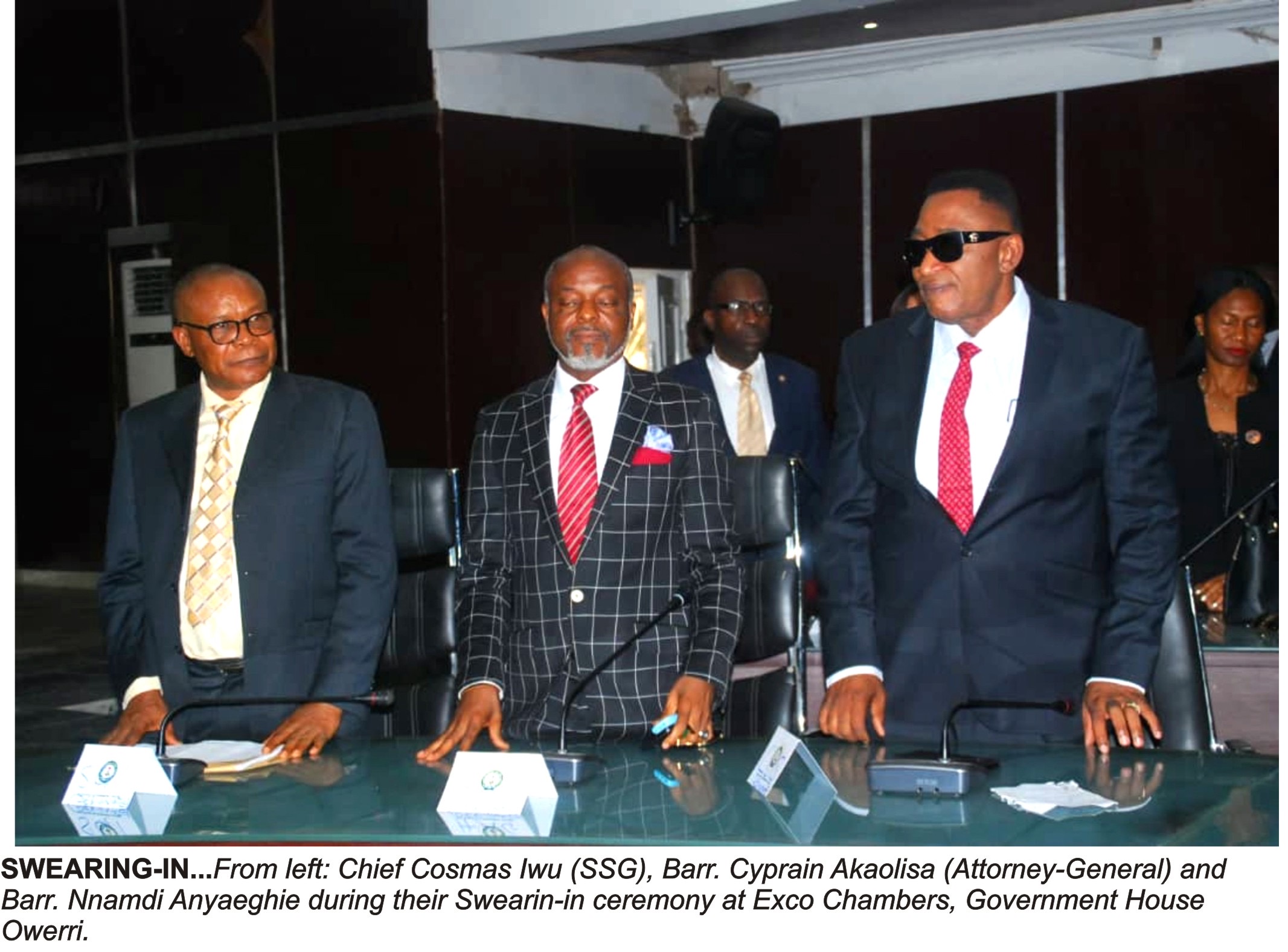 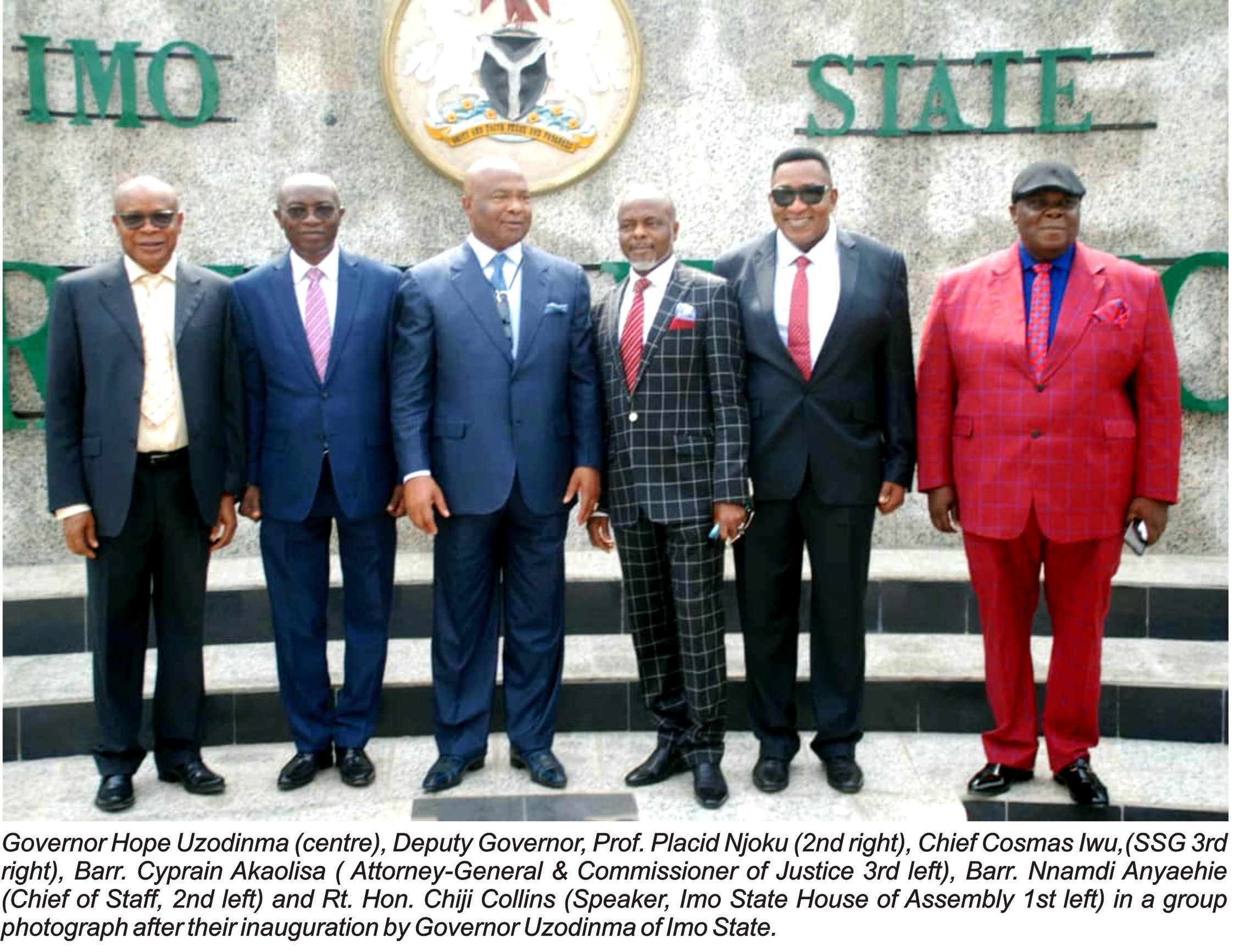 He further advised: “My brothers, today you are appointed to serve Imo people, do not disappoint because the expectations are very high. The entire Imo State is your constituency; therefore, you must do justice to all manner of men regardless of tribe or creed. Imo is one and belongs to all of us.”

Responding on behalf of the appointees, the SSG, Chief Iwu, thanked Governor Uzodinma for finding them worthy to serve and pledged their undiluted support, loyalty and commitment to his administration to achieve its lofty ideals.

Chief Iwu promised that they will abide by the general principles and policy direction of the present administration geared towards fostering prosperity, security and development of Imo State.

He charged Imo people to continue praying for the new administration, stressing, “Without God Hope Uzodinma wouldn’t have been Governor, God gives power and all power belongs to God.”

The swearing-in ceremony was witnessed by the Deputy Governor of Imo State, Prof. Placid Njoku, the Chief Judge of Imo State, Hon. Justice Paschal Nnadi; the Head of Service, Dr. Camilus Iwuagwu and other top government functionaries. Others include family members and friends of the appointees.