You are here: Home › NEWS › No Leave; No Transfer – 6 PDP members still intact at Imo Assembly 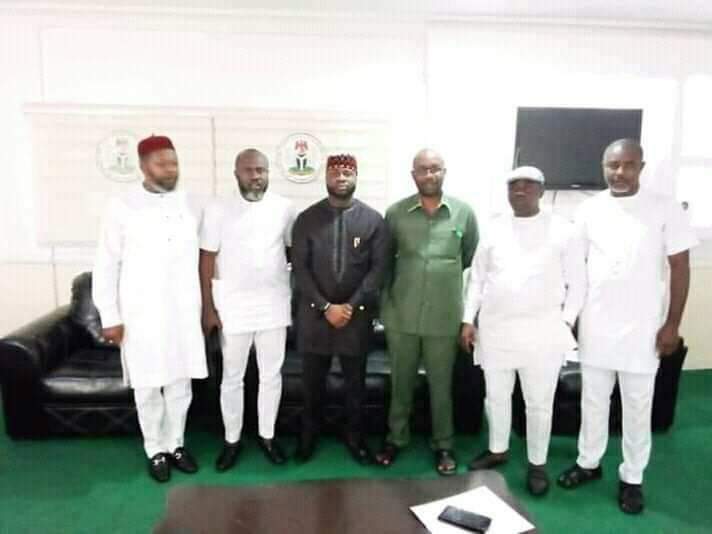 Our repeated attention have been drawn to the statement credited to Mr Chiji Collins, Speaker, IMO House of Assembly to the effect that we, the undersigned, have joined the All Progressive Congress.

We are yet to ascertain if the purported statement credited to the Speaker actually emanated from him. This is because it is unclear that Mr Speaker would allow himself to be drawn into such a crossroad wherein he now peddles imagination as realities.

The news of our purported defection to the APC from PDP remains shocking to us as it is to our various constituencies who have demonstrated their respective resolves for our continuous representation of their interest on the platform of the Peoples Democratic Party. It is on record that we were voted across party lines hence we stand on their mandate for effective representation in the IMO State House of Assembly.

The false and malicious statement credited to the Speaker remains false as there has never been a time we met or muted such embarrassing idea to the Speaker. As it is the norm in the House that letters of defections are first submitted to the Speaker, we make bold to state that we have not toed such lines. Hence we consider the statement a figment of the imagination of its makers and a desperate attempt to lure, intimidate and/or blackmail the undersigned into joining the APC by ALL MEANS and to some extent embarrass the Speaker.

All peddlers of falsehood must be reminded that the mandate we carry is one beyond personal interest and as such hasty decisions such as was recently seen at the floor of the House has no accommodation wheresoever.

Even though one may attempt to understand the frustration of peddlers of this falsehood in achieving their ‘assigned task’, they must understand that we were never part of the promises they made and as such must respect our stand and the various constituencies whose mandates we carry.

We have individually requested that peddlers of this figment of imagination should make public letters of our purported defection which now informed this recent and ridiculous statement.

While we continue to await that proof, may we remind them that their inability, failure and/or neglect to make public such purported information would strengthen the public view that they are only acting a script as fair whether politicians.

They must stop this self delusion as ‘supporting’ the Governor for the even transformation of IMO State is a collective responsibility which requires no party line.

To our constituencies and indeed our great party, the PDP, we remain grateful for your support at this trying time and individually commit to our resolve in our pursuit for quality representation for the even development of our dear State.