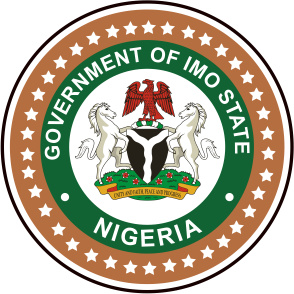 The Imo State Government is aware of plot by the Peoples Democratic Party (PDP) in the state to stage protests tomorrow, Thursday during which they will again pour insults on the Supreme Court Judges for refusing to reverse their earlier judgment on the Imo governorship case.

The government is fully aware of the plan by the PDP to hide under the guise of welcoming ousted Governor Emeka Ihedioha back to Imo to stage the protests. Their plan is to make it look like Imo people trooped out to welcome him and hide under that cover to display placards condemning the Supreme Court Justices for refusing to reverse their judgment in favour of Ihedioha and the PDP .

From the airport they plan to proceed to Owerri, the state capital to continue with the protests.

Government is also aware that they have imported thugs from neighboring states for this purpose because the few members left in their ranks cannot make the impact they crave for.

Government therefore calls on the security agencies to take note of this devilish plot by Ihedioha and the PDP and take necessary steps to ensure that there is no breach of peace in the state.

Imo people cherish the peace which the coming of Governor Hope Uzodimma has brought to them and will not take kindly any act geared towards truncating it, more so if such acts are deliberate.

The government notes that it is unfortunate that Ihedioha and the PDP have refused to accept the final judgment of the Supreme Court as truly final and have decided to resort once again to sponsored protests , perhaps to accomplish their earlier threat that if the Supreme Court failed to reverse their judgment, they “would make Imo State ungovernable.”

From the statement released by Ihedioha after the refusal of the Supreme Court to reverse its earlier judgment, where he said that the Judges of the Apex Court will not go unpunished, it was obvious that he was still up to some mischief. This planned protest is only part of it.

However, the state government wants to make it abundantly clear that it will no longer tolerate unbridled affront on constituted authorities in the name of the exercise of freedom of expression

There must be an end to every litigation and that of Imo governorship tussle which came to an end on 3rd March 2020 cannot be an exception. Any further attempt by the supposed leaders and their cohorts to take laws into their hands will be treated for what it is and those involved will face the full wrath of the law.

Government advises Imolites to be watchful of the enemies of progress and remain peaceful as it will not shy away from its core responsibility of protecting lives and property.