You are here: Home › NEWS › IHEDIOHA HAS NO SKELETON IN HIS CUPBOARD, HAS ZERO TOLERANCE FOR LOOTING By Ogu Bundu Nwadike, M.A 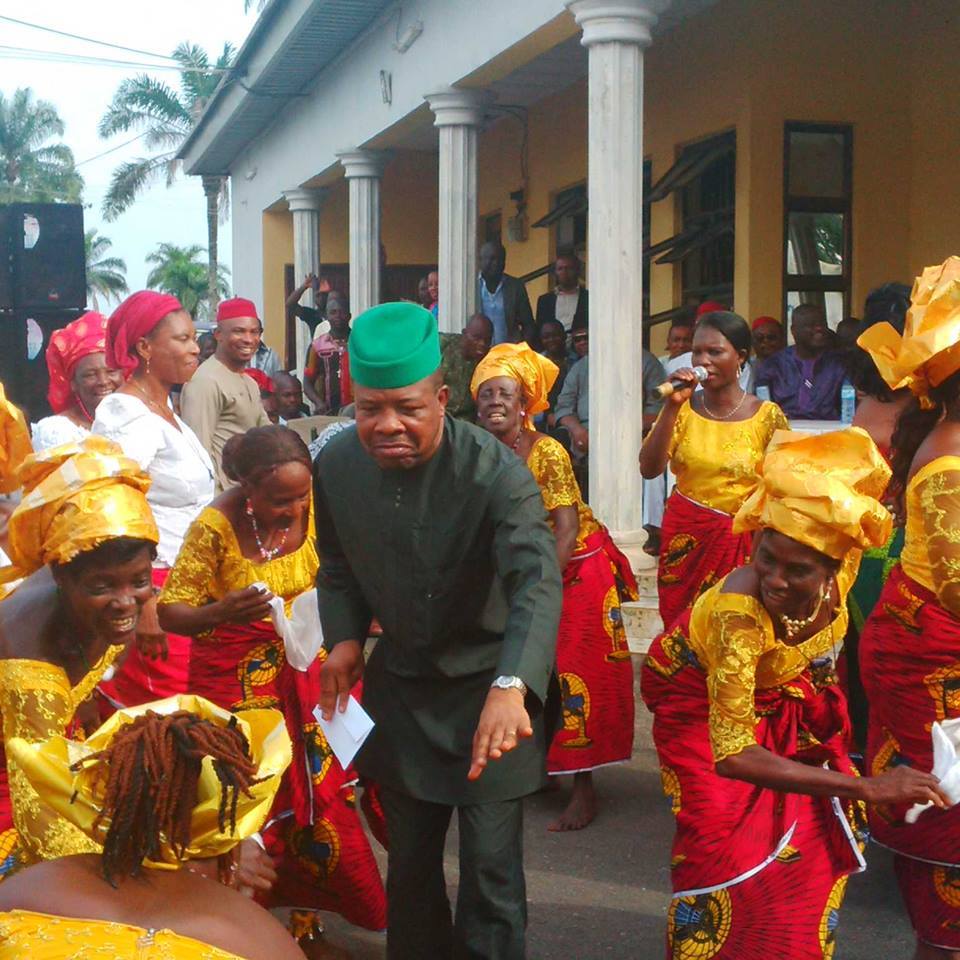 Africans say it’s only a lion with a broken leg that an antelope dares to come on a debt drive to. Yet, Ndigbo say touch not the tail of a lion whether it’s dead or alive!

The funny and laughable rumour about His Excellency, Rt. Hon. Ogbuagu Emeka Ihedioha CON KSC FNIFST having issues with financial misappropriation is such a misplaced mischievous and treacherous propapandists that are mainly lazy and lousy every year youths.

They are expectedly banding up and forming a misguided vanguard for the time-barred new governor, Senator Hope Uzodinma, who was made governor by the woeful misjudgement of the hired Supreme Court justices!

However, it would have been overlooked if the opposition didn’t deem it serious enough to make the banner headline of the front page of the very black “White Paper”, the local newspaper run by a pseudo-propgandist and ex-chief press secretary to ex-governor Rochas Okorocha.

His banner headline read thus: “N12B Blown On Sanitation Exercise For 6 Months”! It was attributed to an unnamed faceless group as the one making the allegations!

Now, the need arises to respond to this foolishness arises because of the propensity for many not discern truth from fallacy, lies, falsehood ans propaganda, which every word of the frivolous allegations depicts, connotes and denotes!

It’s only an irresponsible silly fellow that will believe the mischief of a faceless group to the extent of selecting it as the front page news not to talk about making it the biggest fan banner headline!

Enlightened people should be able to hazard a good guess of the total revenue that accrued to Imo State in seven months. Not more than N40 billion.

The Federal Government deducts N1.2 billion monthly from source as refunds of the embezzled bailout funds granted Imo State in the time of Ex-governor Rochas Okorocha!

The Ihedioha administration pays 100% of workers’salaries and Pensioners’ Pensions. He has paid a number of counterpart funding.

He’s restoring the Dan Anyiam Stadium and Grasshoppers International Stadium, Owerri with the plan of the Arsenal Stadium stadium in the United Kingdom.

Gov. Ihedioha ensured the procurement of official vehicles for key officials of government, including the 27 lawmakers and the leadership of the judiciary.

The contract awards for the construction of 60 roads in Imo State required mobilization for the contractors. There are indeed so much Gov. Ihedioha has achieved, which required government funds!

It’s therefore really jerky for anybody to think about Gov. Ihedioha embezzling funds or spending N21 billion out of N40 billion on sanitation exercise, Ahiajoku Lecture and thanksgiving service etc.

Truth is that Senator Hope Uzodinma, a moment after his inauguaration, ordered the probe of his predecessors. And from the response by Gov. Ihedioha, the probe could have begun that same day. He was and is ever ready for probe. He hasn’t any skeleton in his cupboard!

Senator Uzodimma has denied ordering a probe of his predecessors. This must be because he must have found out that his target, Gov. Ihedioha, is as straight as a new blade and clean as Ikogosi Spring water!

Otherwise, the probe should go and the world will see whether or not the ex-governor will end in Kuje Maximum Correction Service gallows or not. But Uzodimma must rescinded the probe order because Ihedioha, his target will remain free, while the ex-governor, his partner in political banditry will go to jail if truth were to prevail!

It’s now common knowledge that Gov. Ihedioha set up Committees and Commissions, which had gone far in the probe of the rogue regime of Ex-governor Rochas Okorocha and his family, aides and agents.

The Committees and Commissions will submit their reports soon and the implicated and indicted persons will be duly handed over to the EFCC to do the needful! Justice delayed isn’t justice denied! Que sera sera!

It’s laughable that Rochas that has been celebrating the short time, Supreme Court victory of Senator Uzodimma more than the direct beneficiary in the “Trinity One Governor” confraternity.

People very close to the ex-governor swear that his joy and happiness knew no limits at the momentary controversial victory of the gang. This, they say, is because he was so afraid of going to jail on the findings and recommendations of the Committee and Commissions set up by Gov. Ihedioha!

Let all the foolish allegations therefore be disregarded as they aren’t from the temporary government of Senator Uzodimma. When the time of probe comes Imo people will know who is probing who! Gov. Ihedioha hasn’t a skeleton in his cupboard!

2 Responses to "IHEDIOHA HAS NO SKELETON IN HIS CUPBOARD, HAS ZERO TOLERANCE FOR LOOTING By Ogu Bundu Nwadike, M.A"