You are here: Home › NEWS › Ihedioha to receive Certificate of Return, March 27. 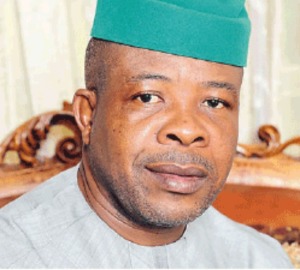 The Independent National Electoral Commission (INEC) will on Wednesday issue a Certificate of Return to the winner of March 9 governorship election in Imo state, Emeka Ihedioha.

A Federal High Court in Owerri had cleared the hurdle for Ihedioha when it struck out a suit, seeking to restrain INEC from issuing Ihedioha the certificate of return. The runner-up in the election and candidate of the Action Alliance (AA), Ugwumba Uche Nwosu, had approached the court to secure an exparte order against the electoral umpire on the argument that the Governor-elect did not meet the constitutional required to be declared winner.

Delivering his ruling on the matter, Justice T.G. Ringim said his court lacked jurisdiction to entertain the suit as it is constitutionally a post-election matter for which the tribunal has been empowered.