You are here: Home › NEWS › Legal remedy for adultery is not resort to torture, degrading and inhuman treatment of an adulterous party – Obiaraeri. 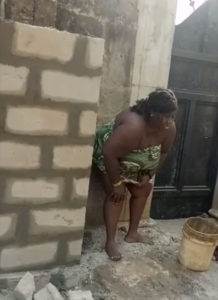 Our attention has been drawn to the trending online video of an explicitly nude and violent scenes of an alleged adulterous female paraded while being tortured naked (something near pornography) but raising concerns of grave human rights abuse and indignity of the human person.

In the said video, a lady that was allegedly caught in an adulterous liaison in the matrimonial home of another woman was stripped naked, thoroughly whipped on bare buttocks and all over her body and subsequently paraded naked on the street by a woman who claimed to be the sister of the aggrieved woman.

We ask, is this line of action allowed under our laws as the welter of online reactions on this matter leaves much to be desired?

As usual, opinions are ignorantly divided with some gloating and cursing the female victim and suggesting that she deserved whatever ill-treatment she got or even more.

This is an alarming and disconcerting perspective, hence this intervention in the nature of public enlightenment.

Legally speaking, opinions should not have been divided in condemning such extreme, wicked, indecent and overboard behaviour on the part of the abusers.

Put succinctly, nothing justifies such torture, degrading and inhuman treatment meted out to the alleged adulterous woman on that or any other occasion

It does not matter where the parties to the adultery commit the adulterous act or are caught in the act as some have argued that it must not be on someone else’s matrimonial bed.

We accentuate that the fact that the adulterous act was on the matrimonial bed can only exacerbate or aggravate the quantum of damages recoverable against the adulterers.

It can also expedite divorce claims by the aggrieved spouse or partner against the adultereous spouse.

The law fixes the remedy for adultery in maintaining an action for divorce against the cheating spouse plus damages against the adultererous parties which can be exemplary or punitive and not grievious bodily hurt or harm, indecent shaming and other variants of senseless indignity ridden self-help remedy.

The situation on hand in the trending video is worse because the strings of unabated whipping, shaming and gleefully parading the alleged female adulterer naked on camera came from a complete outsider to the marriage. This is ridiculous and manifestly indefensible.

Under our laws, that sister or aunt seen flogging that alleged adulterer in that video is a busy body or meddlesome interloper as she is not married to the adulterous man in question.

Clearly, she has no interest in that marriage to protect except worthless self esteem and savage ego.

Therefore, that sister or aunt was acting unlawfully on a frolic of her own as she has no legal defence to her senseless, wicked and capricious conduct.

Needless to say that by so doing, she has rendered herself liable to both criminal and civil damnation as she was “drinking Panadol for another person’s headache”.

Rule of law abhors self help remedy and promotes respect for the human rights and dignity of the human person freely protected under our 1999 Constitution, the African Charter and the International Bill of Rights.

We live in a pluralistic society full of conflicts and contradictions including clashes in interests and our laws exist to help resolve all these.

Therefore, provocations and painful infractions are bound to occur but we must act sensibly and rationally at all times.

When provoked, our reactions must not be in excess of the allowed legal limits as we are not living in a barbarous and uncivilized society.

A word is usually not enough for the unwise.