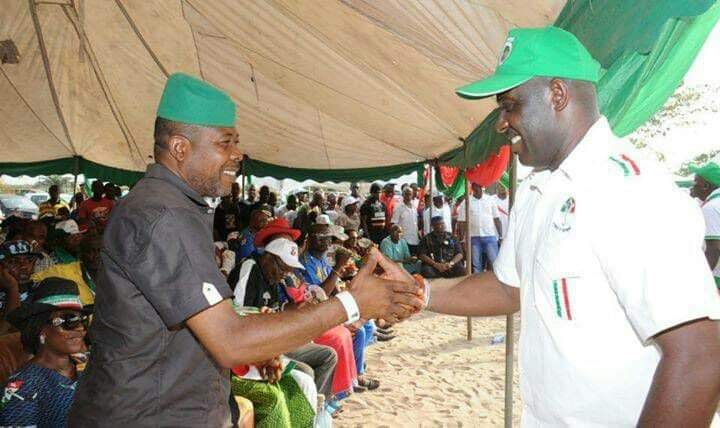 The Peoples Democratic Party (PDP) Governorship candidate of Imo state, Rt. Hon. Emeka Ihedioha CON, has named Hon. Gerald Irona as his running mate for the 2019 gubernatorial election. His nomination was a product of wide range consultations with relevant stakeholders across the state.

Born in August 1st 1966, Hon Irona, an Engineer by training, until his nomination is the party’s National Deputy Financial Secretary. He was a member of the House of Representatives between 2011 and 2015 where he served as Deputy Chairman House Committee on Gas Resources and demonstrated high level of legislative competence.

He was also a member of Imo State House of Assembly between 1999 and 2003 where he chaired the House Committee on Petroleum, Environment and Energy. He was appointed Chairman Transition Committee of Oguta Local Council and was elected Executive Chairman of the Council between 2004 and 2007

His grassroots base became manifest greatly in his early political career when in 1996 and 1997 he was elected a two-term councilor of Oguta Ward A.

He attended Priscilla Memorial Secondary School, Oguta, between 1980 and 1985 where he was the Senior Prefect of the school.

Some of his laurels include: 1993 NYSC National Honours, Jigawa State; Most Outstanding, Friendly and Accommodating Imo Member House of Representatives (2011-2015)