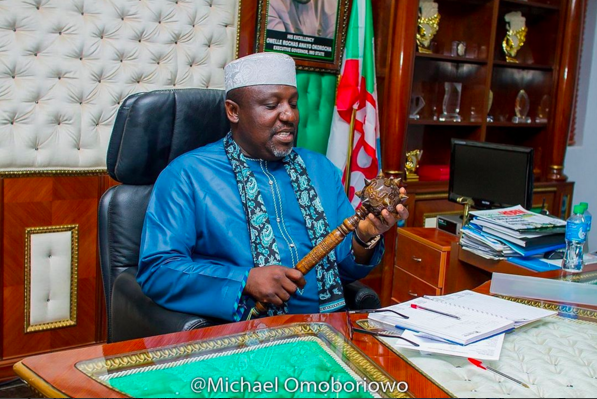 Civil servants in Imo State have been described as hopeless following Governor Okorocha’s resolve to allow them die of poverty over his quest to foist his son-in-law, Uche Nwosu on the state.

Transparency Link Watchdog made this assertion Saturday while interacting with Journalists in Owerri, the capital of Imo State.

Leader of the group, Mr. Abinbola Olushola expressed bitterness that apart from the first and second bailout funds released to the state by President Muhammadu Buhari’s administration to clear salary and pension arrears, it appears disheartening that Governor Okorocha has left the civil servants in Imo state to die of penury after they had contributed their best for the development of the state.

According to Mr. Olushola, “from starvation and hunger, the outgoing Governor Rochas has been in Abuja for one month now looking for who can help him bribe Judges and party officials with billions of naira belonging to Imo state when civil servants and pensioners are dying of hunger. These funds are carted away by middle men who claim they know one Judge or another while sensing the desperation of the Governor to impose his stooge as Governor of Imo State in 2019. My question now is, what about salaries, pensions and gratuity owed imolites by this devilish govt?”

He continued, “salaries are now owed  for four months and  pensioners don’t even know how long they are owed gratuities. Your Excellency, what type of state are you governing?. Though, we all appreciate your efforts, but your son-in-law, Uche Nwosu has been rejected by Imo people. Please, come back from Abuja and continue with your remaining six months here in Imo State to see if you can complete all these abandoned projects scattered in the state especially, as the rains are almost over”.