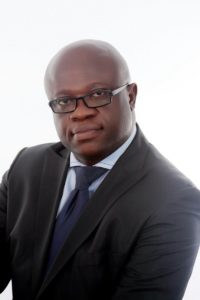 The crumbling of Imo PDP, has come to stay this time around with no remedy in sight for the next four, eight years and perhaps beyond.

The tsunamic January 14 Supreme court judgement which sacked PDP Gov Emeka Ihedioha and installed APC Senator hope Uzodinma as the Governor, is the killer dose that will remain indelible in the Political history of Imo state and posterity.

Within a few days as governor, senator Uzodinma deployed charm and tact to reconfigure the political architecture of Imo state for APC to be the leading political party in Imo once again and it takes a man with large heart and some acumen to achieve such feat considering the fact that Imo state was predominantly PDP while Rt.hon Emeka Ihedioha was governor for eight months.

Senator Samdaddy Anyanwu a grassroot politician, with the biggest political structure within Imo PDP christened Divine Mandate movement, was taken for granted,underrated by former Gov Ihedioha and his kitchen cabinet and today the consequences are too painful and devastating to bear.

Imo PDP is crumbling so fast not only because of the tsunamic supreme court judgement of January 14. The crumbling of Imo PDP is so fast to reality because the Senator Samdaddy Anyanwu Divine mandate movement group is rooted and grounded across the 27 LGAs, that it became a lunch pad to fast track the massive defections of Imo PDP members to APC, announced and unannounced. Today, 75 percent of Imo PDP members have moved to APC to support the Prosperity government of Gov hope Uzodinma. I made frantic efforts to reconcile former Gov Ihedioha with Senator Samdaddy Anyanwu to no avail, certain people around and close to Gov Ihedioha didn’t want it ; to them Senator Anyanwu was no body and of no consequence. Today these people are licking the wounds and retired from politics .

If the government of former Gov Ihedioha had reconciled with Senator Anyanwu wholeheartedly without resorting to persecution and mockery and carried his Divine mandate movement group along, Imo PDP won’t be dead so fast and within days..not months and year. PDP would remain a strong opposition and dreadful followership

Unknown to former Gov Ihedioha,most PDP LGA and ward chairmen and their officers except a few were Divine mandate movement apologists with cult like loyalty to Senator Samdaddy Anyanwu.

Chief, barrister Charles babatunde Ezekwem, the man who brought dead Imo PDP back to life, to be a stronghold to contest the 2019 General elections, was also maltreated and persecuted for his love for Senator Anyanwu, a popular brand who would have won the 2019 Imo governorship election without any mathematical and constitutional inconsistencies and controversy.

Ikemba Okigwe Charles Ezekwem resignation as Imo PDP chairman will be followed up with formal resignations of LGA chairmen and ward structures, to come soon.

The State house of Assembly members defections to APC will continue, till APC become majority at the house and these will up APC membership in the LGAs and wards. For an example, Hon Amara Iwuanyanwu’s defection to APC closed down PDP in Nwangele LGA immediately and seamlessly.

Vindictive State officers of Imo PDP acclaimed to be trusted by the then Governor Emeka Ihedioha who were desperate to remove Charles Ezekwem and go for his position are now free to become Imo PDP chairman and carry their crosses.

To be politically vindictive in most cases backfires!