You are here: Home › NEWS › Now that he has been arraigned and remanded in prison- By Awurum Darlington 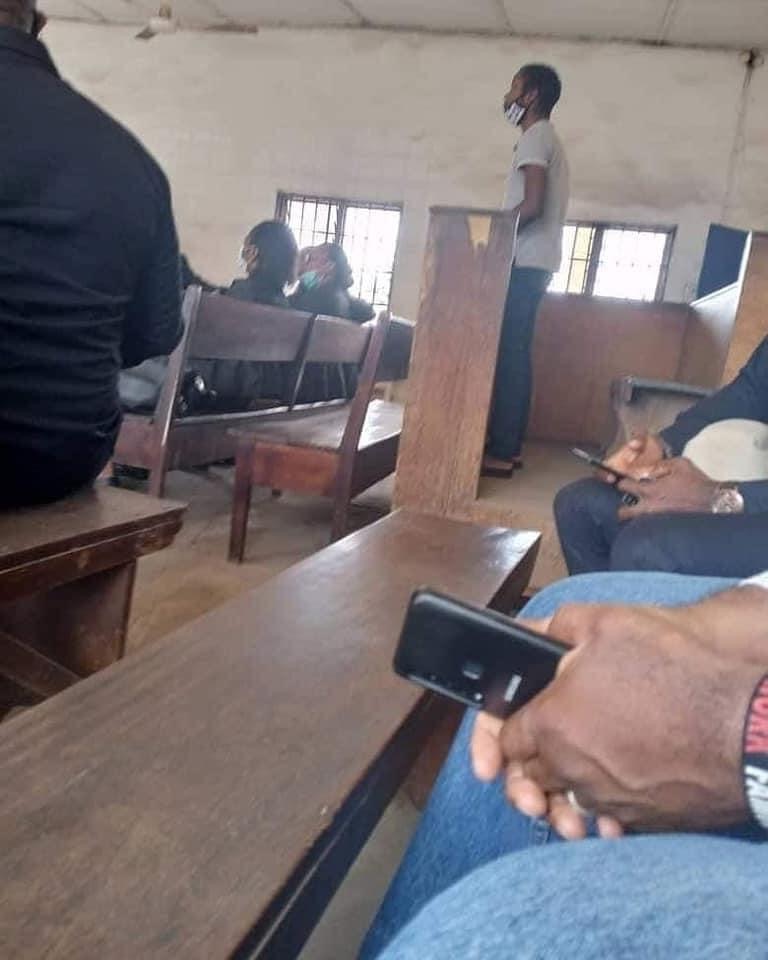 Now that he is arraigned and remanded to prison, is his freedom guaranteed? At least, for anytime the matter is adjourned, he will remain incarcerated if they fail to get him bail as soon as possible.

In 2016, Mr-Cee was beaten and picked up by a combined team of Police and DSS, Achiever Darlington Onyelike you are aware of this, this happened early hours of the morning and as soon as the information got to us, we flew into Imo State from Abuja with Senator Araraume on a chartered airplane to make the movement as fast as possible, went straight to their office and they gave us our man immediately.

I have not even read a statement directly from Rt. Hon. Emeka Ihedioha on this issue, even when two governorship candidates of other parties has spoken in plea and defence of Ambrose.

There is no how Chief Ihedioha wouldn’t have gotten Ambrose out in less than 48 hours if he had made that call to Senator Hope or moved on his own to government house. You may chose to lie to yourself about this fact or defend your ignorance, do I look like I care??

There’s no how Chief Hope Uzodinma would neglect Chief Ihedioha’s call on this matter, when it is obvious conscience have it that Chief Hope owes it to him and would respect his plea. Did he call? Did he move for the young guy?

You guys can keep fooling yourselves, don’t say the truth, tag me a hater, you will get sense one day. For me, I say my mind without fear or favour, I say the truth as it is, if you don’t like Awurum Darlington, I don’t like you too mehn!! Use the likeness and buy sense.

The energy used in forcing them to charge him to court should have been deposited negotiating and pleading for pardon even if you think the charges are watery. DSS cell is even more hospitable than AWT room in prisons.

If we write, they will tag it hate but you guys are the real haters in foolishness.

You obviously think motorists with complete vehicle papers who gives police N50 to avert inconveniences are stupid right? Call it bribe, but it saves them 9.

Unfortunately, none of you ranting here even knew he would be arraigned today and he got no solidarity from any of you while in court. What a shame! Let me hear piim from anyone again. 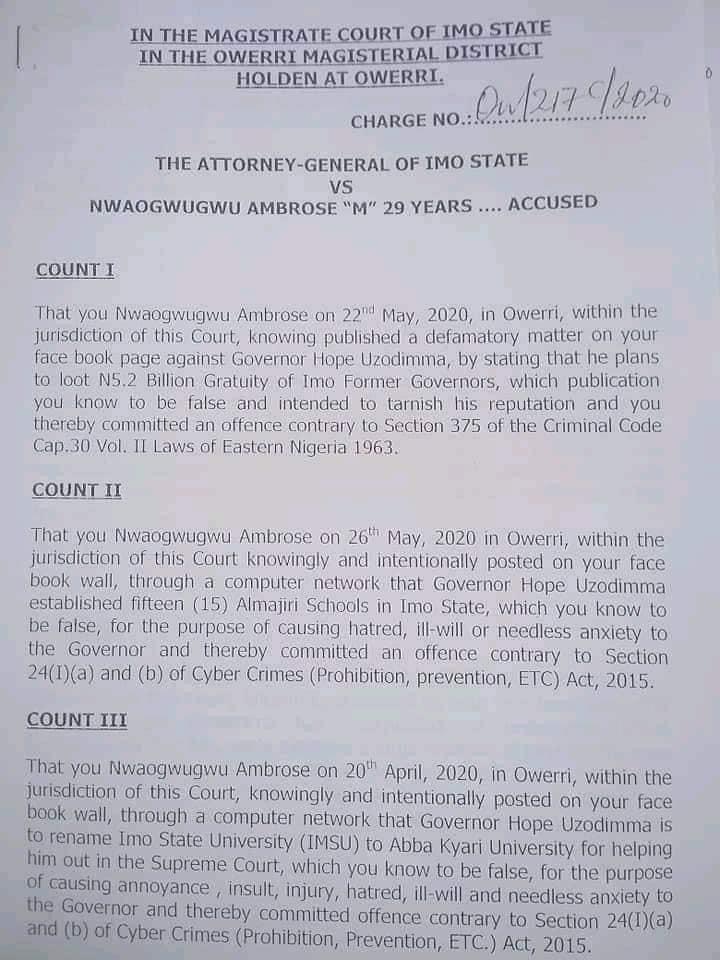 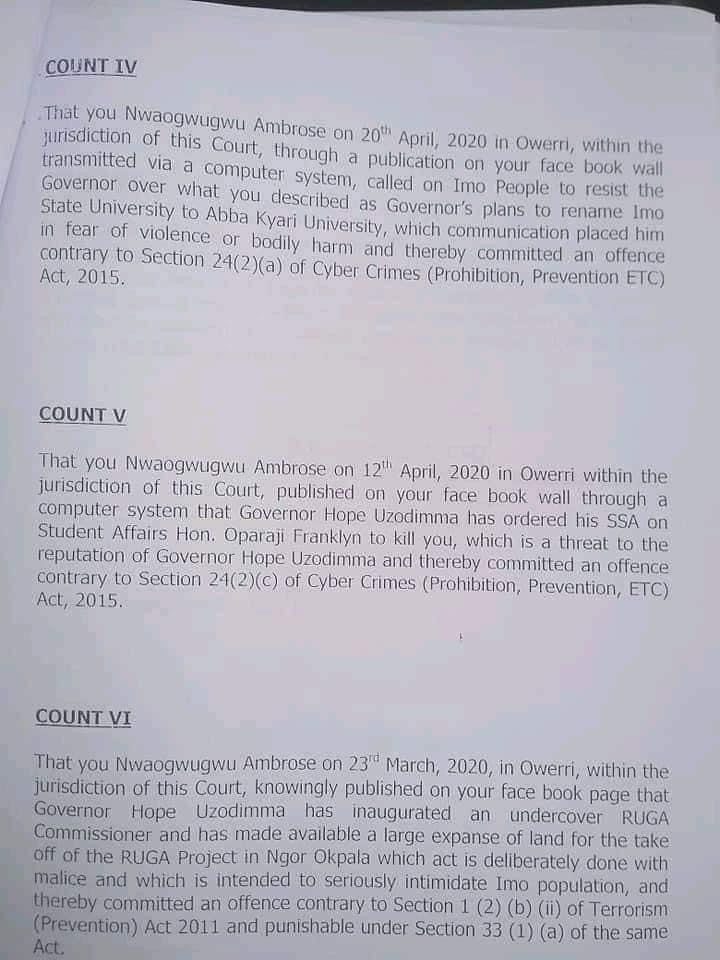 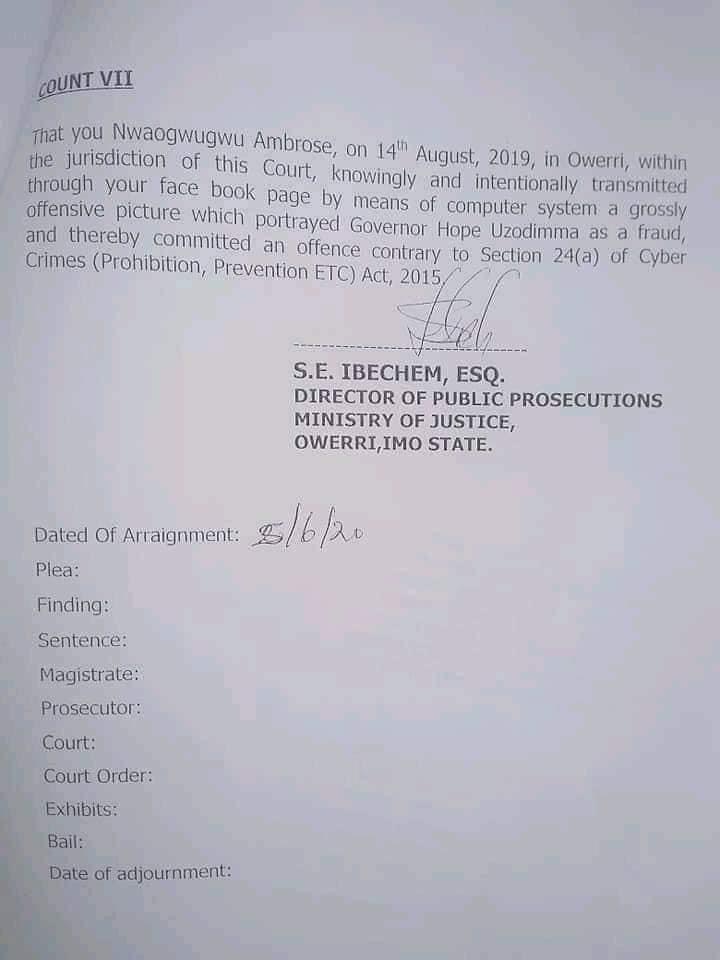