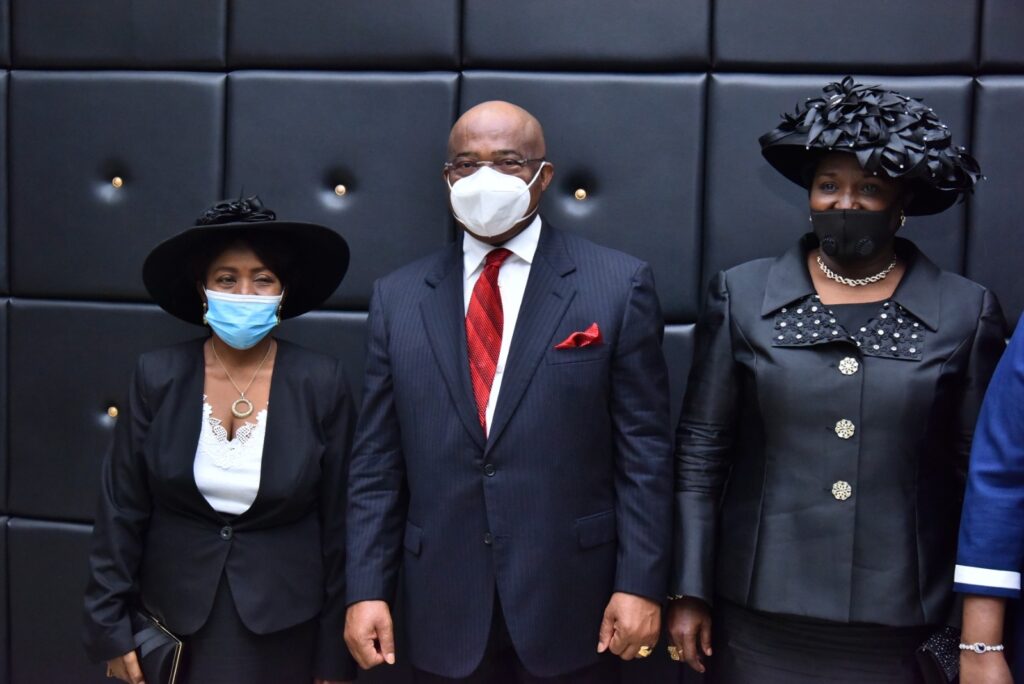 The Governor of Imo State, Senator Hope Uzodimma has sworn-in two new Judges – Justice Alma Ngozi Eluwa and Justice Dominica Okwuchi Okoroji – for Imo State Judiciary with a charge on them to defend the oath they took by ensuring that they serve the course of justice without fear or favour.

Performing the ceremony at the Executive Council Chambers Government House, Owerri the Governor informed that the judiciary is meant to strengthen,  not only our democracy, but instruments of democracy.

According to him, the judiciary is one of the most important arms of government that exists as an arbiter between the Legislature and the Executive.

The Governor said the swearing-in of the Judges by the Executive is only an interpretation of the law and explains the role the judiciary plays in the sustenance of democracy which is seen by many as the last hope of common man, mainly because it ensures that justice is served to all irrespective of social status.