You are here: Home › NEWS › Governor Uzodinma orders suspension of all contracts. 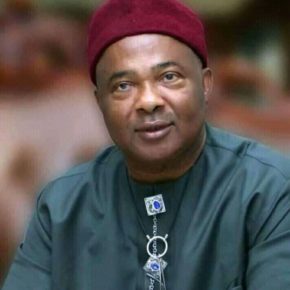 Governor Hope Uzodinma has canceled all contracts in the state awarded before he resumed office. This reportedly,  is in view of nefarious activities of “some government functionaries entering into contract agreements on behalf of the government without reference to the newly sworn in governor”.

According to a press statement by the Principal Secretary to the governor, T.U. C Nwokonkwo, it stated that “particular note has been taken of some parastatals where the contract letters and agreements are being backdated”.

“Therefore Governor Hope Uzodinma has directed the suspension of all award of contract in the state public service except with due authorisation from the office of the governor”, the statement added.