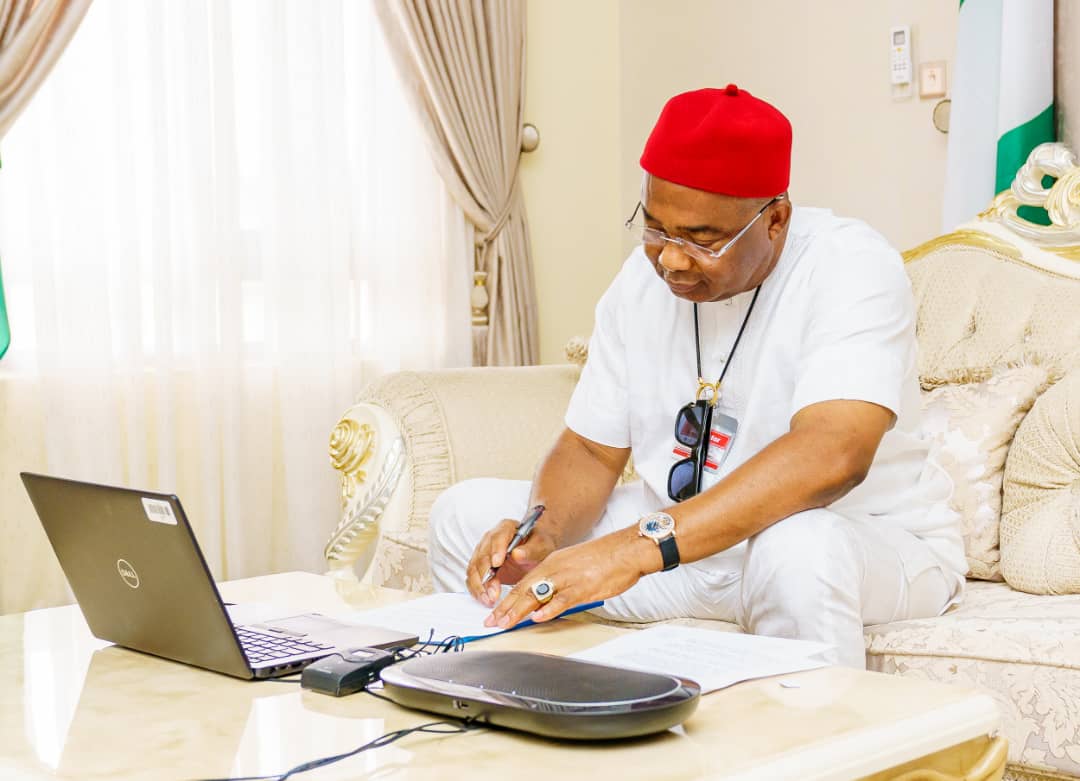 The Imo State Government on Thursday signed a pact with the United States Agency for International Development (USAID) on the provision of clean, portable water to Imo households.

The event which took place at the Sam Mbakwe Executive Chambers, Government House, Owerri, was done visually between USAID Mission Director, Stephen M. Haykins and Governor Hope Uzodinma of Imo State, both of who participated from Abuja. 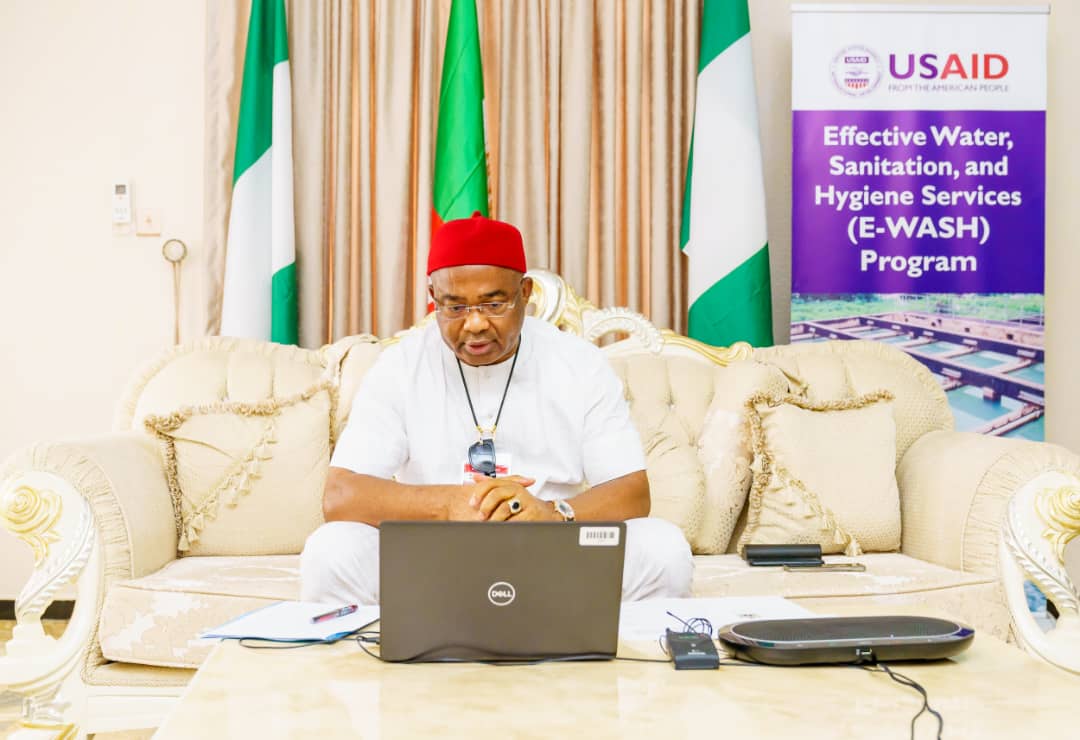 Speaking from Abuja, Governor Uzodimma expressed joy on the successful signing of the Memorandum of Understanding (MoU), adding that the principal objective was to provide clean, portable water to Imo people.

The Governor said he hopes that, with the MoU, over 100,000 Imo households will have unhindered access to clean drinking water in the next one year.

He thanked the USAID for agreeing to assist the state in this direction, assuring that he was committed to ensuring that both Urban and Rural Imo people get clean and portable water in line with his government’s policy of ensuring that water is made available to Imo people.

The Governor who also assured that a comprehensive Public Private Partnership (PPP) will be worked out later to consummate the pact regretted that water which is a very important life necessity has eluded Imo people over the years. He described it as unacceptable and vowed to change the narrative.

Governor Uzodinma urged the partners to also extend the scheme to Orlu, Okigwe and other parts of the state that lack portable water.

He maintained that the provision of clean water is one of the cardinal policies of his administration, hence his desire to ensure that the dried water pipes will be brought back to life in the state with the assistance of development partners.

He specifically appreciated Governor Uzodimma for his people-oriented programmes and looked forward to more partnerships with Imo State.

In his vote of thanks, Commissioner for Public Utilities, Chief Tony Umezuruike thanked Governor Uzodimma for recording yet another milestone in his mission statement by entering into the USAID pact to provide clean water to Imo people.

Umezuruike also thanked USAID, particularly E-Wash and RTI for their commitment in ensuring that the partnership is fruitful and in the public interest.

CPS/Media Adviser to the Executive Governor of Imo State